Where Storm Rhinos and RoadPoets meet 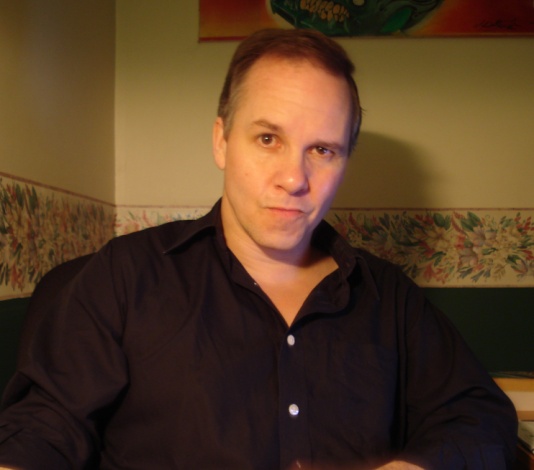 And now, back to our previously scheduled program…

Hello all and welcome to our continuing series of author interviews. Today with continue our Month of Mayhem with Men’s Fiction/Thriller author Jamie “RoadPoet” Mason.

Everyone, please give Jamie Mason a big round of applause for taking part in our exciting adventure.

My genre is thriller fiction, military fiction, espionage, spies…yeah, I was pretty closely linked to that world

Jamie Mason’s Bio
Jamie Mason is the author of several books, including KEZZIE OF BABYLON, THE BOOK OF ASHES and GAVIN’S WAR. Born in Montreal, he enrolled in the University of Arizona where he majored in English and worked with the Sanctuary Movement. After two decades spent teaching and volunteering with refugees and the homeless, he returned to Canada in 2005. He has worked variously as a think-tank analyst, a business manager, a professional musician and a private investigator. Now semi-retired and living in the woods of Vancouver Island, he devotes his time to writing and savoring the vanishing Canadian wilderness.

Jamie and I talked about how being a security specialist flavors his writing, how military fiction is different from other thriller forms, espionage, national security, the great divide, government functionaries, conspiracy theories, the morality of knowing how to kill someone 57 ways with a baby pacifier and more.

It’s taken me decades to learn how to write. The most useful thing I learned was how to type

An excerpt from Jamie Mason’s THE RHODESIA CONTRACT

The Canadian mercenary was late. Malone disliked tardiness the same way he disliked being cheated out of money. As he sat smoking in the half-empty pub, he remained convinced that if he kept his expectations modest, he shouldn’t be disappointed. It was the philosophy by which he had lived his life. But so far, he had been disappointed plenty and here he was again.

Show up on time, pay what you owe. He sipped his coffee. What’s unreasonable about that?

On the pub TV, a newscaster was reporting on the Decommissioning. Malone’s own group, the Provisionals, were well into the process, having signed an initial cease-fire in 1994. They broke it two years later in response to Downing Street’s refusal to allow Sinn Féin into multi-party talks. Malone had attended that particular party. A year and £800 million in bomb damage later, London came to its senses. The Accord had been finalized the next year and the Troubles, ended.

For the past month or so, a shaky cease-fire had held. But it had done nothing for Belfast’s economy. When he wasn’t shooting, Malone picked up work here and there on building sites. But there was not much building being done, and no shooting at all. Which meant Malone sat idle. While weighing the prospect of going abroad as a construction laborer, he remembered that the Provisionals had taught him a more lucrative trade. And the last time they’d talked, Canadian had hinted that he could hook Malone up with some work.

So, Malone was patient.

The TV was replaying the joint announcement, Gerry Adams standing on the steps and delivering his hopeful remarks when the Canadian arrived.

“Sorry to keep you waiting.” The merc, a man named Marius, dropped into the seat opposite Malone. “My flight was delayed.”

“No worries.” Malone smiled and lighted the Canadian’s cigarette for him. Marius was good folk. If he said his plane was late, then it was. Malone was mollified. “Where’d you fly in from?”

“Africa. By way of Cyprus. Always a mistake.” Marius hooked a thumb at Gerry Adams. “Looks like he screwed you guys, but good. How’s it been?”

Malone shrugged. “People get tired of fighting, John. Even some of the old Provisional lads are ready to hang it up.”

Malone’s lips firmed. “Too many innocent deaths for far too long. Ireland needs a rest, John. I’m content to let it lie. We’re patient, we Republicans are.”

“You not care to join the Continuity bunch?”

“Wasn’t partial to that lot when we fought together.” Malone tapped his cigarette. “Even less so, now.”

“But you’re ready to work. Still got plenty of fight left in you …”

“I’ve still plenty of fight left in me, yes.”

“Good.” Marius seemed pleased. “It can be a transition when you’ve been away from it for a while. I plunged straight from Christmas with my sister and her goofy husband into a bush war in Namibia. Pleasant way to start the year. How were your holidays. Kendall? Did you spend any time with your …” Marius started to say family but caught himself when Malone’s gaze hardened. “… friends? What do you Irish get up to at Christmastime, anyway?”

“Aw, the usual. Drink, mostly.” Malone sipped coffee. “Everyone was all full of hopeful. The Accords. That was all the talk.” This last was a slight improvisation. Malone had spent Christmas alone in his bed-sitter watching television with a bottle of Bushmills. The only talk he’d heard was from the news and the occasional overheard conversation when he ran down to the corner grocer for the paper and a tin of beans.

The waitress visited and Marius ordered wine and a sandwich. Malone switched to Guinness. After their drinks arrived, they lit fresh cigarettes and got down to cases.

“So.” Marius flicked ash and scratched his chin. “There’s a job. Rhodesia.”

“That’s right.” Marius nodded. “It’s Zimbabwe to the civilized world, and to the ninety percent black population that live there. But it’s still Rhodesia to the ten percent of whites who own the land and control the economy. Independence hasn’t been a smooth sail. The first bit was basically Apartheid Light. The Prime Minister stepped aside in favor of some black guy whose strings he was more or less pulling. Didn’t last long. Mugabe took control shortly afterward and he agreed to protect the property rights of the whites in exchange for foreign aid from the US and UK to buy up as much land as possible for redistribution among blacks. And you IRA guys know what it’s like waiting for foreign aid to arrive. Anyway, it’s turned into a real shit-show. Land reform is stalled. The blacks are impatient. And smart white farmers with property to protect are hiring shooters like yourself.”

“Not yet. But it’s headed that way.” Marius appraised his sandwich dubiously. “The job I have in mind is on a tobacco plantation owned by a guy named Sullivan. My friend Kemp worked for him last year. It’s easy duty. Basically, you’re there to keep the tenant farmers in line. They’ve been ceded plots just outside the fence-line in what once a national park.”

“And they’re expecting, with land reform, to receive some of this Sullivan’s land? And now they’re starting to itch for it?”

“That’s about the size of it.”

“They got lions there?” Malone asked. He had always wanted to shoot one.

“Lions? Sure. Also, cheetahs. Elephants. Rhinos. The works. You can shoot in one of the local game preserves if you like.”

This contract was starting to sound promising.

“So.” Malone put his elbows on the table and leaned in. “What are the terms?”

“It’s two six-week tours. Now through planting season, which is in August. You work alone, armed, patrolling the plantation, reporting directly to the overseer, a man named Grady. Two thousand dollars per week.”

“Yes. You have room and board and your equipment is supplied. It’s ex-Rhodesian army stuff. Good quality. What were you packing in the Provisionals?”

Marius nodded. “Good gun. The right arm of the free world, they called it. They have those.” He bit into his sandwich, and continued with his mouth full. “Sullivan will want to meet you, of course. But I know Grady from Angola. I’ll put in a good word. He’s a shit-heel, but he pays his bills on time. Never stiffed any guy who worked for him. He’ll take care of you.”

Starting to drink was a bad idea, but I thought “That’s what writers do”

One thought on “Jamie RoadPoet Mason – Fear the Rhino!”