Yo! Ready for the July 2018 Author Interview Plunges?

We start July with technothrillers, get into a political-philosophical memoir, sojourn into relationships and psychological health and end with a real treat, Shakespeare Rap.

Like our June line up, think of it as four points on a compass.

Yes, we’re getting some weird compasses around here.

Are you a published author who’d like to be interviewed for our series? Easy to do.
Wednesday, 4 July 2018 – Rox Burkey and Charles Breakfield – Is that a Thermonuclear Killer AI Virus in Your Pocket or Are You Happy to See me?

The Dynamic Duo of TechnoThrillers, Rox Burkey and Charles Breakfield, start our July Author Plunges describing their lives in real-life high tech – they’ve been involved since low tech became high tech (they remember CP/M!) – and how it plays into their ENIGMA book series. There are currently nine books in The Enigma Series and more coming as Rox and Charles discover more threats in their daily lives.

Close on the heels of technology gone awry we talk with Pat Ravasio about one of the geniuses of 20th century technology, Buckminster Fuller. Pat met The Buckster in her 20s and the experience changed her life forever. Her first book, The Girl from Spaceship Earth – A True Story is the story of that meeting and how Fuller’s dreams for a better world caused Pat to become a better inhabitant of Spaceship Earth. 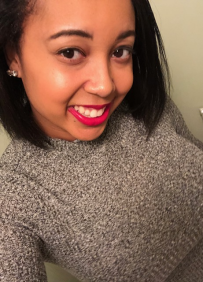 TechnoThrillers to Memoirs of Genius to Healthy Relationships with DC based lifestyle blogger and Relationship Author Tori Autumn. Tori is on a lifelong mission to empower women so they can achieve their goals.

Tori’s first book is Sour Grapes into Wine: How to Leave a Toxic Relationship to Create a Productive Lifestyle and she’s got more on the way.
In the meantime, you can find Tori at TwentySomethingAndBlack. 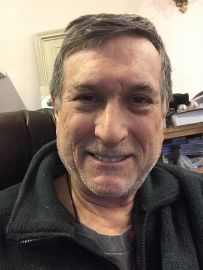 Our last July interview…well, let me start by saying that I rarely like such things as this (AND I LOVED IT!). West Side Story worked but Leonardo DiCaprio’s Romeo and Juliet didn’t. Forbidden Planet worked but Mazursky’s Tempest didn’t (okay, it kind of did).

The reason some Shakespeare redos work and others don’t is because redoers took the story and moved it to a new place and time, not the language, not the characters, not the incidentals, just the story itself. West Side Story works because it’s the Romeo and Juliet story in late 1950s NYC

If you get from this that I’m not a fan of updating Norse Mythology to a new audience, you’re completely correct. How come Hollywood can’t do with Norse Mythology what Chinese cinema is doing with the Monkey King?

YOU’VE GOT TO LISTEN TO BOB ZASLOW’S SHAKESPEARE RAP TO BELIEVE IT!

Greetings to @BookBlogger810
Book Blogger, Enthusiast of Hiking and Nature Photography as a Passtime.
(what kind of books do you blog about?)

Greetings to @AtWorkInKitchen
The best quality kitchen supplies to our customers at affordable prices, as we know our customers will always be the key to our success!
http://www.atworkinkitchen.com
(i am so bookmarking you people.
#foodies, you seen this?)