For those who didn’t know, I’ve signed with a new publisher and my first book out with them, That Think You Do, should be available late Nov-Dec ’22.

That Think You Do is my first non-fiction title since 2016 and is based on a series of blog posts I wrote from 2008-16 for a California-based company. The blog posts were based on my company’s research and covered neuroscience, anthropology, linguistics, sociology, … My goal was (and is) to present useful pieces of information to readers, and evidently I did because my new publisher wants to publish them as a book (and possibly some of my other non-fiction blogs and books. Yeeha!).

So, until it’s available for purchase (I’ll post a pre-order link as soon as one’s available) and for your reading pleasure, That Think You Do.

I can save you from reading this chapter by directing you to The Dancing Forest or The Female Brain by Louann Brizendine. Why did I entitle this “Manly Men…” then direct you to a movie about a women’s agricultural collective and a book written by a woman about women’s brain functions?

Because it’s a real quick way to show that men think differently from women (for those who didn’t know).

Perhaps the movie trailer for The Dancing Forest will help.

What follows is a shameless and I hope brief quote of some previous research we did on how women and men think differently in basic social situations, and how knowing this can benefit you the next time you’re out and wanting to make an impression.

I wrote in The NextStage Irregular #2 (the above mentioned company’s newsletter) that, as population ratios go, females tend to be the more…umm…inventive in the information they provide during social discourse, men tend to be more…umm…direct. Women (shown by pink in the chart) fabricate more (left) and tell direct truths (right) less often than men (blue) according to the chart here. 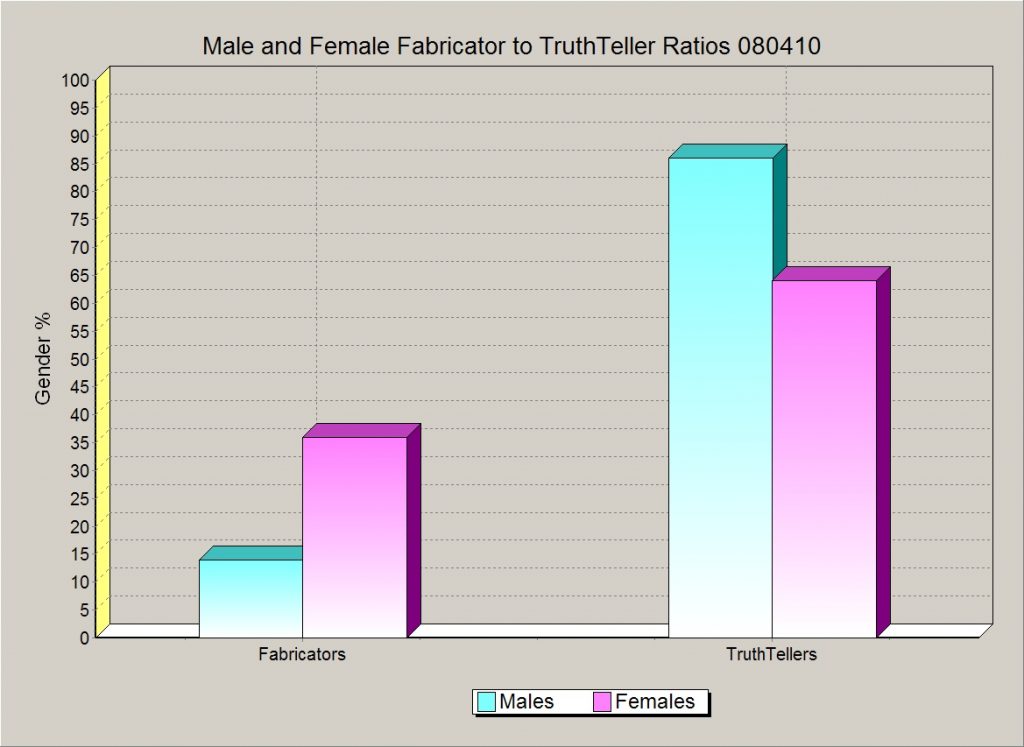 Quick and careful readers will note that being “inventive” and being “direct” are different metrics. And before I go further, let me clarify.

This chart shows that women (right), when fabricating, aren’t doing it maliciously. At least not any more than men (left) are. 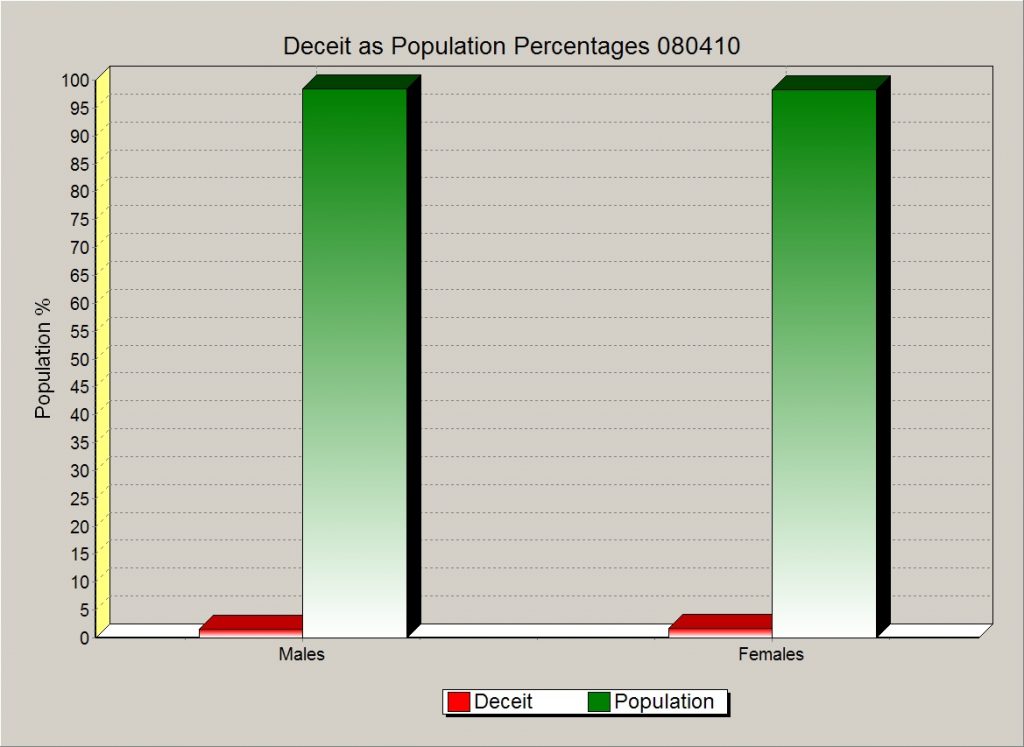 So what’s going on has to do with the video and book I mentioned above?

Women have a horizontal social construct, an aspect of which is women are more aware of, more forgiving regarding and more understanding of small fabrications than men are because such minor infarctions in the fabric of truth are required to keep society running, and women, far more than men, want to keep society running. They spend nine or so months of their lives each time they make an addition to society and they guard that investment greatly.

Men are different (duh!). Women, want to know where your man places himself in the male social hierarchy? Pay attention when he’s talking with others. Does he need to clarify the who-what-when-where-why-and-how of each statement made by others? Literally, he’s low man on the totem pole. Does he let things slide and only suggest (yep, suggest) corrections when the erroneous statements could be harmful to him, his business or family? Congratulations, you’ve found yourself someone high in the male social register.

Because men who can accept the stories of others without having to correct their place in them have learned what it takes to get along, and that’s something women have known how to do for years. That man, over time, will understand, love, cherish, honor and obey (when necessary) you.

Read That Think You Do Chapter 2 – Avoiding Deadly Silences.