About the Author
Joseph Farley is the author of a science fiction novel, Labor Day (Peasantry Press), and two story collections, For the Birds (Cynic Press) and Farts and Daydreams (Dumpster Fire Press). His stories have appeared in Horror Sleaze Trash, Schlock, Home Planet News Online, Ygdrasil, Literary Hatchet, and other places. Farley is the former editor of Axe Factory (23 years) and has 9 books and chapbooks of poetry to his credit. 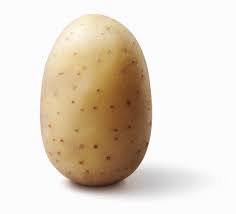 How the stories came about?
Samurai Ball – Inspiration came from watching martial arts movies and baseball.
A Plague of Lawyers – The idea arose from working with lawyers, good and bad, and knowing how many lawyers struggle to make a buck. We live in a sue happy age

Openings
Samurai Ball
The bald man in the saffron robe glared from the pitcher’s mound at the batter. The Samurai in boiled leather armor raised his kitana. He gazed intently at the pitcher through the slits in his black helmet. The ball came in fast and hard. One flick of the wrist split the air, sending half a ball towards the short stop playing between first and second. The other half dribbled towards third.

A Plague of Lawyers
It was a Tuesday, not much different than other Tuesday. The city had recovered somewhat from the trauma of Monday, but had not yet reached the middle of the week. No, it was not Wednesday. People would not have tolerated it on a Wednesday, or so I’d like to think. On Wednesday you have moved a little closer towards the next weekend. It is a hill you can stand on and see Saturday in the distance. On Wednesdays there’s more hope, and a greater possibility for fighting back.