About the Author
Tom ‘DocTom’ Wolosz is a paleoecologist, hiker, writer and semi-pro photographer. Born in Brooklyn, New York, he learned to love the outdoors early in life, which might explain how he ended up as a Professor of Geology at Plattsburgh State College in upstate New York. Retired from the college, he now replaces grading student writing with editing other peoples’ stories, acting as an associate editor for The Rabbit Hole, vol. 0 and 3, and senior editor for The Rabbit Hole vol. 4 and 5.
DocTom’s first novel Agony of the Gods, Softly Falls the Snow was published in 2014. His short stories have appeared in The Rabbit Hole vols. 1, 2, 3, and 4. 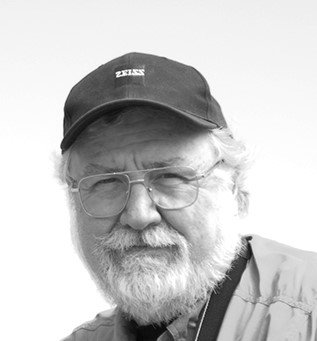 How the stories came about?
Well, I’ve enjoyed my association with the Writers Co-Op, and try to contribute to each The Rabbit Hole volume. In this case the challenge of the chosen theme—Just…Plain…Weird—was both a blessing and a curse. I came up with a number of possible story ideas, and mentally developed a few, but the biggest problem I had was coming up with an ending. I personally dislike stories which end “blind”—that leave you hanging. So if I can’t come up with an ending I won’t write the story. After discarding a number of such ideas I remembered an old Three Stooges (yes, Moe, Larry and Curly Joe) movie I’d seen wherein aliens judged us on the basis of tv broadcasts they’d picked up. This started me thinking about first contact situations and the problems cultural differences might cause. At that point the story took off, and “A Small Misunderstanding” was born.

Opening
Cruz took a deep breath, tried to relax, focus on the mission. Despite years of training and a previous tour on the International Space Station (ISS) which included a spacewalk, nothing could have prepared him for this moment.