About the Author
Tom Howard is a science fiction and fantasy short story writer with over one hundred and twenty-five short stories sold. He lives in Little Rock, Arkansas and recently retired from working around the world as a banking software consultant. He has four children who, along with his grandson, provide him with a great number of story ideas.
He’s had careers in the US Air Force working as a communications analyst for NSA and as a Titan missile officer. He’s worked in corporate America as a technical writer and an analyst for financial systems. He founded the Central Arkansas Speculative Fiction Writers’ Group for critiquing local writers (and appreciates them every day). Originally from the South Bend, Washington, Tom has lived in Germany, England, Japan, Australia, Hong Kong, and the Philippines.
Tom collects and self-publishes his sold short stories in anthologies available on Amazon: Collected Science Fiction, Volume 1, Collected Fantasy, Volume 1, and Superworld Stories, Volume 1. He’s currently working on volume 2 versions of each of the anthologies. He’s also working on several novels, including book three of his Three Desert Roses epic fantasy and book three of his Aurora space opera series.
You can find his work on amazon. 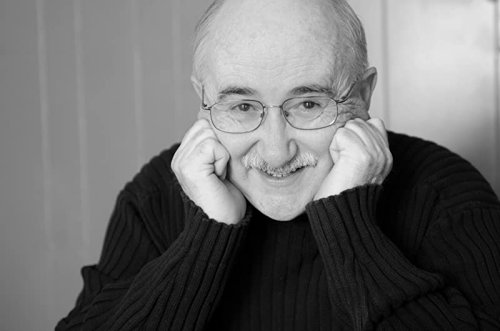 How the stories came about?
I enjoy writing stories that disrupt preconceived notions. In this story, what you see is not what you get. Although it’s not a problem I’m personally affected by, I’m sure that beautiful people have their own struggles. (One of my sons has had life too easy based on his looks, and it’s caused some problems for him.) Plus, this is a gay story, and I don’t get to write many of those (although I’ve sold two recently). I’m not sure therapists would agree that falling in love with an android copy of yourself is a good thing, but I enjoyed writing about poor Zac and his debilitating handsomeness.

Opening
Keenan took a deep breath, entered the apartment, and placed his briefcase on the hall table. Why did people have to work at all? It was the 22nd century. There were robots and androids to accomplish everyday tasks. He appreciated that the government had gone to a three-day work week for humans, but it still felt three days too long.