Let’s me know somebody out there is listening.

It’s like writing Goodreads reviews. I’m shocked when people like or comment on my reviews. I responded to one person, thanking them for the Like and sharing that I didn’t think anybody paid attention. After all, who am I to review a book?

They understood and felt the same way re their reviews.

I wonder who reads/watches/listens to my interviews. Are they bored? Are they curious? Do they know me from a previous life?

I’ll read/watch/listen to a review if I’m interested in the author, often if I’ve read and enjoy their work, often if I know them personally and wish to support them.

What’s your reason for reading/watching/listening?

You can read my Interviews with Writers interview here. 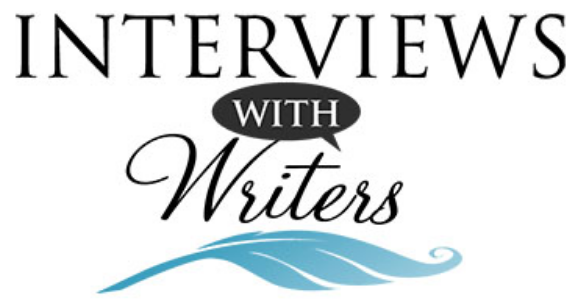 Ain’t nothing better for a wayward nipple

Can’t tell you how many versions I came up with.

No, actually I can because I revision everything – four.

Some of those early versions…a beautiful demonstration of not knowing what to write about. There were lots of ways to go at it. Do I write about my many years teaching hand-to-hand mixmaster beef loin braising techniques at the Academie du HaHa in Paranormal, France?

Probably too graphic for most readers. No.

Instead I went with how to write a combat scene such that the reader believes it.

Let Rennie and me know, okay?

And I got interviewed, to boot!

And I’m honored that Ninetoes is interested in The Augmented Man.

Ninetoes is so interested in The Augmented Man that the book is now on Ninetoes’ radar.

Not only is The Augmented Man on Ninetoes’ radar, Darren Perdue, purveyor of NineToesness, interviewed me about my work.

And the best part?

Darren wants to know when I have more books coming out.

Yeah, I’m good with that.

Joshua Robertson discovers I had a life. Like you didn’t, right?

In the better late than never department – and my apologies for this – Joshua Robertson interviewed me in his Book Tavern a while back.

I could give you excuses why I’m just posting this now.

Except I recently encountered the following quote:

Excuses are lies wrapped up in reasons.
– Howard Wright

So, recognizing that it’s easier to do what’s right rather than increase my mistakes, I’m posting about it now.

Part of the fun of Joshua Robertson’s (and have you checked out his bookcovers? Some serious artwork there) interview was his holding my feet to the fire regarding my past life.

No, not the one when I was leading the Babylonian Ziggurats to the Fertile Crescent Soccer Championship of 2,100BC, the other one, when I was the Chief Scientist, et cetera, for several companies and created a technology complete with several patents.

Before I became a full-time author.

And buy my books. Even the technical ones written when I was a Chief this-and-that.

Award winning Enigma Series Co-Author Rox Burkey wrote an amazing review of The Augmented Man a while back (THANKS, ROX!) and recently followed it up with an interview for IndieBeacon Radio.

You can read Rox’s review on her blog.

You can listen on Spreaker and SoundCloud.

Then go buy the book.

While you’re at it, buy my other books, too. You wouldn’t want The Augmented Man to get lonely, would you?