Where does it start? What is it about?

Cicatrix is a story originally written pre-1987. I dug it out because I’m thinking of including it in Tales V2. I’ve always liked the idea and concept, I’ve learned so much about writing that I realized I started the story 1) in the incorrect place and 2) with an incorrect conflict.

What follows are the first ~1,000 words from the previous version and the new version. Let me know which is better. If you can give me an idea why you prefer one over the other, excellent.

The cool, early April evening air, heavy with the damp and salt of the craggy New Hampshire coast, wafted through the open windows of Paul’s rented house. His attention shifted from four hotdogs in a pot of boiling water on the stove to a pad of equations on the table. He sat between the two, against the wall and away from the door. He was within reach of both hotdogs and notepad, but he favored the notepad. One foot rested on the back of a large, black Newfoundland, Maschaak. Occasionally Paul would wiggle his foot and the dog would lick its chops and let out a satisfied growl.

A sudden hiss pulled him up from the equations to see a bobble of water dance on the heating element. Another bobble, somewhat greasier than the first, leapt over the edge of the pot and joined in the dance. “Tyndale effect.” He smiled and went back to the notepad. Both he and the dog looked up when a car door slammed outside. Paul’s gaze took in the rest of the first floor. The kitchen was separated from the living room/bed room by a transition from peeling, brittle, yellowed linoleum to frayed, puce purple rug. The house was clean but drab and spent the summer months as a beach cottage. During the school year it was rented to whatever student or students could afford the off-season price. The wallpaper looked and felt like a K-Mart Blue Light Special, heat came from a kerosene burner. Some earlier occupant had taped over the ON/off switch with DEAFENING/cold and Paul couldn’t argue. The place settings were a mix of yard sale Corelle, 1960’s gas station giveaways, and jelly jars, and no two pieces of flatware matched. There were no chairs, only couches with springs which long ago had sprang their last sprung. Each couch pulled out into a bed and Paul knew from experience they were equally uncomfortable. The woman who rented the house to him said, “This is just meant as a place to sleep after you’ve been on the beach all day.” Paul agreed after the first two weeks.

Part 1 – Oh, the Vanity of it all! of this multi-post arc dealt with some folks I knew who vanity published their books back when we called vanity publishers “vanity publishers”.
Part 2 – Vanity/Self-Publishing provided an overview of Vanity and Self publishing.
Part 3 – What Camp Are You In? identified four reasons people consider self-publishing.
Part 4 – Pray thee, Joseph, 4 Y do these books suck? delved into editing that doesn’t help a book.

Can I provide specific examples from other authors, no. I may think a given author’s writing sucks or an individual piece of writing sucks and I still respect the fact that they’re putting something out, that they got off the couch.

Is there a love so strong it outlives the gods?

Dancers in the Eye of Chronos originally appeared as the “Free Worlds” cover story in August 1994. It’s also the lead story in my Tales Told ‘Round Celestial Campfires anthology and Susan‘s favorite.

Below is the latest version of Dancers (also available on Kindle).

Hope you like and let me know what you think.

Come to my Virtual Book Signing on Sep 18 5-6pmET.
I'd love to meet you, sign a book (preferably my own), and chat in general.
Details at https://josephcarrabis.com/about/come-to-my-virtual-book-signing-tour/
Are you a member of my blog? Get 25% off my books https://josephcarrabis.com/come-to-my-virtual-book-signing-tour-and-get-25-off-any-of-my-books/ 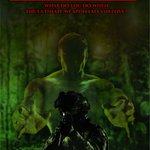 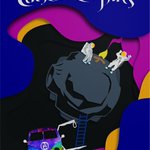 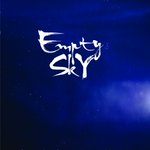