I finished Tag on Sunday, 1 May 2022, at 8:11:40PM (aren’t time-stamped files great?) and took a few weeks off to catch up on other things. The May Tag posts were already entered so I let them run their course (I put posts into my blog week’s ahead. Usually).

I edited The Absolute Limit of Sound (a longish story at about 8.5k words), started on another section of the Tales of the Northern Clan arc, and started work on The Book of the Wounded Healers.

I’ve always thought this a powerful story and must have realized I was not up to writing it.

Told in first person, the storycrafting and storytelling hold up pretty well. There are some edits, yes, and not enough to have me toss it out.

My greatest challenge this time through is time. The story is firmly set in the New York of 1991. Things and places which gave the story relevancy are gone or changed.

I’ve decided on a story frame (the opening of the story shared in this post).

The Book of The Wounded Healers
(a study in perception)

ALL PUBLIC RECORDS (INCLUDING THIS) HAVE BEEN EXPUNGED. THE DISINFORMATION CAMPAIGN PROPAGATED – FILMING OF A NEVER RELEASED SCIENCE FICTION MOVIE – ACHIEVED A 99.83% ACCEPTANCE. THOSE NON-ACCEPTING WERE ANATHEMATIZED AS CONSPIRACY THEORISTS.

ALL RECORDS AND DOCUMENTS ARE CLASSIFIED UNDER THE WARREN PROTOCOL AND ARE SCHEDULED FOR RELEASE IN 2041. THIS COMMISSION WILL DETERMINE AT THAT TIME IF THE PUBLIC’S INTEREST WILL HAVE WANED TO THE POINT OF DISINTEREST, AND IF SO, SHALL BE RELEASED.

PLEASE ADVISE REGARDING FULL SECURING OF ALL IRON SNOW MATERIALS.

{Hello.
My name is Ben Matthews. I am a mathematical linguist. My specialty is simultaneous/spontaneous languages. I’m thirty-six years old. A black man, a little over six feet tall and around 173 pounds, once leanly muscular and now going to pot, brown eyes, slightly graying at the temples, and never able to grow a real beard.
Who am I?}

Continue on to Chapter 2 – First Meeting

This is a wonderful opportunity to help trauma survivors get their stories and work out to a wider audience.

For those who don’t know, Katie Koestner was on the cover of TIME Magazine at the age of 18 as the first person to speak out nationally and publicly as the victim of “date” rape. She is now the Producer and Host of the Dear Katie: Survivor Stories podcast. 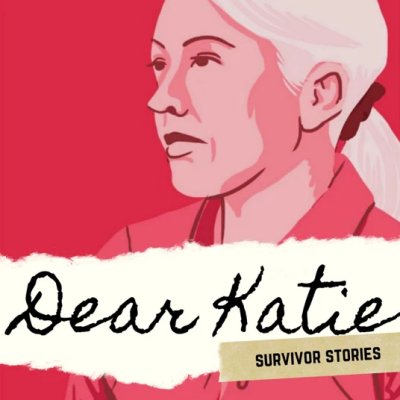 My function is two fold. One, to find any creatives (not just authors) whose work deals with trauma and healing, and engage them in podcast conversations regarding their work and their lives post trauma. Two, to help find trauma survivors who’ll share their stories for the main Dear Katie podcast, review episodes before they go to air, edit, and make suggestions as necessary.

My own work in this area can be seen in the material listed below. Your work doesn’t need to mirror or echo my subject matter to be considered; it only needs to be well-written and deal with survivor issues.

Please leave a comment if you or someone you know has written a fiction or non-fiction book, article, or story about surviving trauma. Include the title of the published work, the publisher, a synopsis of the story, and a link to where I can find it online.

Continuing the success of

respectively, Mani He (conclusion) appears in Bewildering Stories issue 952 (and even has a challenge attached).

Many writers contributed to Bewildering Stories Issue 952 and I’m sure you’ll enjoy reading them all.

Haasel stilled her wheel to better hear the tinkling of harness bells moving down the street. The bells kept time to the steady clomp clomp clomp of horses’ hooves. Wagon wheels creaked. Another wagon followed with a smaller horse and a single bell, rougly palm size and bronze-cast from the sound. It jingled quietly until the wagon wheels clapped through a rut or over a rill in the road. Three more followed. Haasel picked up the mingled scents of bear and pony. “Not quite the lion and the lamb, and close.”

She grabbed her cane and opened her door. Bright sunlight warmed her face and arms. The jingling and tinkling stopped. The draft horse’s foreleg stomped a definitive clomp and shook itself of flies. Its rein and haress bells sounded came from quite high off the ground as if held in the hands of a musical giant. The second wagon’s bells sounded as its horses stopped but the sound was from someone deliberately plucking it, not from a movement of the wagon or horse.

“Hello, Good Lady!” A deep, bellowing voice called to her from the first wagon’s driver’s seat. It carried a slight echo from the cabin mounted on the wagon’s frame. The door between the cabin and the driver’s seat opened and Haasel heard a woman’s voice, old, harsh, gibbering as if in a delerium. The driver closed the door with a thud and the woman’s voice was gone.

The driver continued. “A circus, Good Lady! Acrobats! Jugglers! Strange tasties from distant lands made while you watch. The poetry of Homer read by none other than myself! And other plays of the ancient Greeks and Persians! Storytellers sharing our ancestors’ lore!”

Someone shifted on the third wagon’s driver’s seat but made no other noise. A servant, perhaps a slave.

“And news of the Mongol.” The voice tightened slightly, the words slightly rushed, the speaker’s tone betraying a hidden excitement. “They do brutal things to beautiful women.”

I received a rejection on Meteor Man last week. The editor wrote

I can appreciate the attention to detail in your world, but without knowing about the world or characters or what’s going on, the terminology bogs me down a bit too much.

The comment intrigued me because no first reader commented anything similar. Even first first readers – those unfamiliar with my work – didn’t make similar comments. I often gets comments about my world-building but they tend to be more like “Amazing!”, “Rich!”, “Vividly detailed!”, and “Immersive!” (one of my personal favorites).

When I do live readings of works-in-progress, I sometimes get a comment along the lines of “You do more world-building in ten pages than most authors do in the first hundred” and I should spread things out.

I ask in return, “Would you continue reading? Do you want to find out more?”

Unanimous yeses often accompanied by listeners leaning forward in their seats and sometimes by outstretched hands seeking a copy.

All of which tells me I did an excellent job world-building. If people were overwhelmed to the point of being numb, they’d back away rather than continue forward.

Sadly, this was confirmed by two different classes I took over the past few weeks. The classes were from different sources and a little over a week apart. One class had an agent and a publisher, the other had two magazine editors.

I take such classes because I want to understand what got Story A accepted and Story B rejected. A con panel with editors explaining what stood out pro and con in stories from their slushpiles would be gold to me. I’d pay serious dollars to attend such a panel session.

Me, I look for common threads in everything from character to theme, action to plot, … Sometimes the common thread is obvious, other times…?

And always it comes down to “How come this and not that? Give me a list of what works and what doesn’t so I’ll have a better idea how to perfect my own work for publication.” (by the way, two books that do a great job of this are Barry Longyear’s “Science Fiction Writer’s Workshop – I: An Introduction to Fiction Mechanics” and On Writing Science Fiction: The Editors Strike Back).

Want to know what I found out?

It is our Silence that Separates us. #quote