The kits are out and about

A few weeks back I wrote Vasch and Euste Join Us for Some Casual Dining. I have mentioned the possibility of fox kits in Vasch the Fox. We knew kits were out there (we’d heard them crying more than one night) and waited patiently until they made their presence known.

Sure enough, a few nights back that’s just what they did.

Welcome Chester and Sylvie, Vasch and Euste’s kits from earlier this year (we think).

We, of course, are thrilled that Chester and Sylvie have human-pronounceable names.

But they are fox.

They could be foolin’ us.

I mentioned Vasch and Euste in an earlier post about one of their kits, Pascha. Specifically, I asked Pascha to tell his folks that the tavern is still open.

Good kit that he is, he hurried home to let his folks know.

A few nights later Vasch and Euste graced our table. Casual dining, of course, nothing fancy and always lots of fun.

You’ll note that Vasch goes to check the salad bar. Loves his greens, that one.

Children amongst The Old Ones

Cooler nights bring different friends to our tavern. Often these are new friends, children of old friends. These new friends tell us of their parents. Some have moved on, some have passed on, some are still around and we say, “Say hello for us. Let them know the tavern’s still open. Best ale, grog, mead and fixen’s around.”

Case in point, Pascha the Fox. Pascha is Vasch and Euste‘s kit from a few years back, come a visitin’.

One wonders if, having graduated from college somewhere, he’s returned to live in their basement for a while until he figures out what he wants to do, until he “finds himself”.

We’ve done the best we could with you, now it’s time for you to be on your own.

Such things don’t happen in The Wild. Once out of the nest, you’re out of the nest. Offspring and siblings will return and sometimes the greetings are warm and friendly, more often not.

The Wild is older – much older – and definitely wiser – far wiser – than Two-Legs. It’s “We’ve done the best we could with you, now it’s time for you to be on your own.”

Still, Pascha came through and we gave him good greetings.

Ah, dining under the stars with The Old Ones

We continue our parade of The Old Ones. Bill and The Girls continue their daily visits. They usually wake us about 7-7:30AM if we aren’t awake by then, clucking and clacking in the backyard, promenading to and fro, letting us know there’s no seed available. 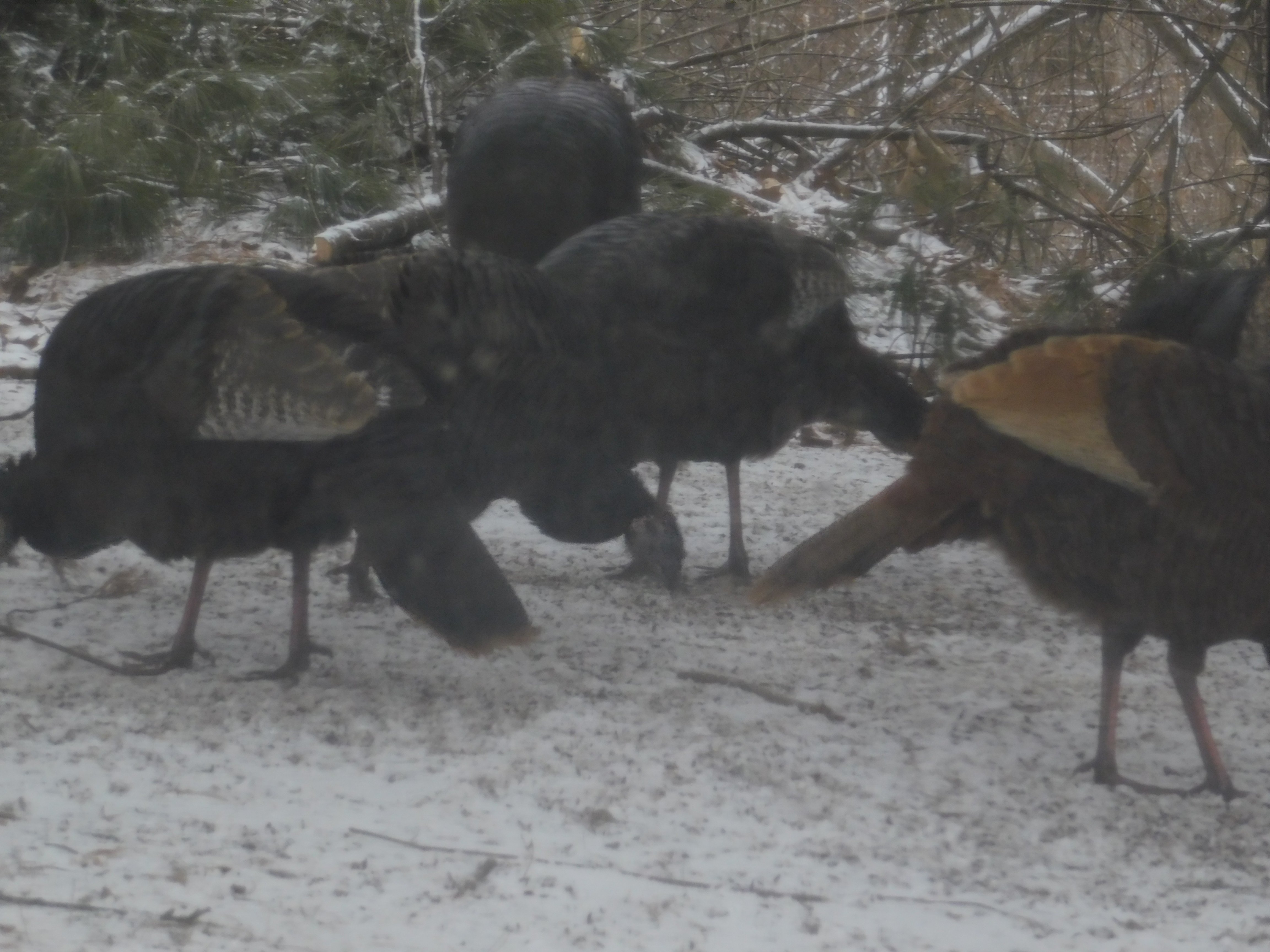 But this post is about my dinner with Opie (extra points to anyone who knows the homage) and more correctly, a gathering of The Old Ones for dinner.
END_OF_DOCUMENT_TOKEN_TO_BE_REPLACED

Euste and Vasch are planning, something Two-Legs do not. Or little.

I mentioned in Ophelia the Opossum that we’ve had many visitations and blessings here over the past few days. A few nights back we were graced by Horace, a healthy adult male black bear, standing some 5’6″-6′ and probably 250-300#. I didn’t notice him at first. There seemed to be a great shadow in the yard. Susan (wife/partner/Princess) said, “I think there’s a bear in our yard,” and sure enough, when we looked, he stared back at us, smiled and waved.
END_OF_DOCUMENT_TOKEN_TO_BE_REPLACED

Join EU actress @Sabine_Rossbach and author @JosephCarrabis for Episode 5, "Tell Me About Her" of The Augmented Man Video Series 13 July 2020 9amET
She loves a monster. And she quiets the beast with frosted oatmeal raisin cookies.
https://www.youtube.com/watch?v=MH0WKPVGMjY

Sometimes you have to stop being scared and just go for it. Either it will work out, or it won't. That's life. #quotes