Long ago and far away I presented my company’s research at conferences far and wide.

One such presentation (from 2007, so dated, I’m sure) dealt with marketing to men and women, and specifically the differences necessary to get the attention of one, the other, and both.

Here’s a podcast of that presentation, ressurected because it’s mentioned in “Sex on the Beach” chapter of That Think You do.
Enjoy!

I received a rejection on Meteor Man last week. The editor wrote

I can appreciate the attention to detail in your world, but without knowing about the world or characters or what’s going on, the terminology bogs me down a bit too much.

The comment intrigued me because no first reader commented anything similar. Even first first readers – those unfamiliar with my work – didn’t make similar comments. I often gets comments about my world-building but they tend to be more like “Amazing!”, “Rich!”, “Vividly detailed!”, and “Immersive!” (one of my personal favorites).

When I do live readings of works-in-progress, I sometimes get a comment along the lines of “You do more world-building in ten pages than most authors do in the first hundred” and I should spread things out.

I ask in return, “Would you continue reading? Do you want to find out more?”

Unanimous yeses often accompanied by listeners leaning forward in their seats and sometimes by outstretched hands seeking a copy.

All of which tells me I did an excellent job world-building. If people were overwhelmed to the point of being numb, they’d back away rather than continue forward.

Sadly, this was confirmed by two different classes I took over the past few weeks. The classes were from different sources and a little over a week apart. One class had an agent and a publisher, the other had two magazine editors.

I take such classes because I want to understand what got Story A accepted and Story B rejected. A con panel with editors explaining what stood out pro and con in stories from their slushpiles would be gold to me. I’d pay serious dollars to attend such a panel session.

Me, I look for common threads in everything from character to theme, action to plot, … Sometimes the common thread is obvious, other times…?

And always it comes down to “How come this and not that? Give me a list of what works and what doesn’t so I’ll have a better idea how to perfect my own work for publication.” (by the way, two books that do a great job of this are Barry Longyear’s “Science Fiction Writer’s Workshop – I: An Introduction to Fiction Mechanics” and On Writing Science Fiction: The Editors Strike Back).

Want to know what I found out?

Linda Seger’s Making a Good Script Great is one of two books I recently picked up on scriptwriting/screenwriting because…well, basically because I like to learn, and learn I did. There are more pages dogeared, highlighted, and marked up than there are pages untouched. 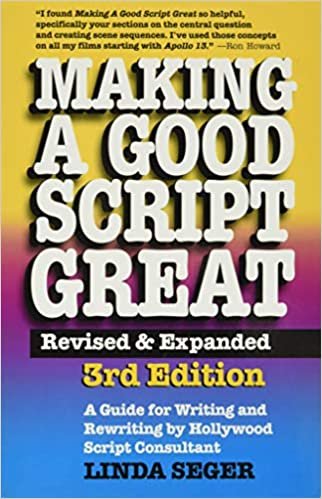 Go one more to specific mediums emphasize specific aspects more than others due to that medium’s limitations. Literature can handle 1st Person POV handily, script/screenwriting not so much.

Recognize that and the next item is to learn ways to fake 1st Person POV in a medium designed for 3rd Person Limited/Omniscient POV.

And if you stop there and say to yourself, “But I don’t have to do that when I write a book” you’re missing out on an incredible learning opportunity. Sure, you may never have to do that in a book but learning how to do it and – more importantly – how to work with such a constraint gives you the flexibility to use that technique, parts of that techniques, concepts from that technique, modify it, et cetera, to make your own non-script/screenwriting work sing. 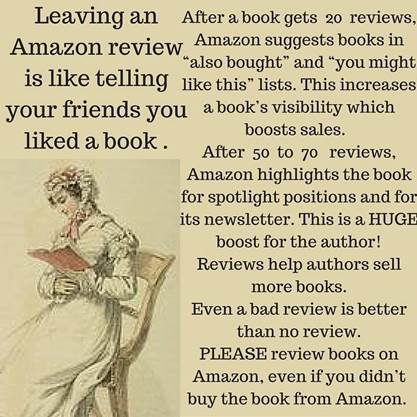 If your goal is improving book sales through reviews… END_OF_DOCUMENT_TOKEN_TO_BE_REPLACED

Just under three years ago I posted Ch-ch-ch-ch-Changes. I had both Patreon and this blog at the time, Patreon’s interface got more challenging than it was worth, and over time I moved everything here and closed down my Patreon account completely.

Most people supporting me on Patreon followed me over (thanks!). Some didn’t, explained their reasoning, I honored it, and so it goes.

Recently…oh, pretty much this year…more and more people contact me about how useful my blog is to them, what a resource it is to them, how informative it is to them, and I’m thrilled because I enjoy helping people.

And at a certain point, some people – not all people, only some – take advantage.

It’s one thing when people take advantage and know they’re doing so. Such people are abusive and are generally hollow, with little real depth. Avoid them. They’ll suck you dry, spit out what’s left, and move on to their next victim.

And if they don’t? For whatever reason they don’t? See two paragraphs above re “It’s one thing…”

If you’re good at something, never do it for free. – The Joker

Principles
Susan and I ran a successful business for years. We ran it according to some Principles we learned during our walk upon the planet, through the cosmos, and elsewhere.

Allow me to share two which pertain to this:

What’s Changing
Most of the Marketing and StoryCrafting posts now require either free or paid membership. I’ve modified the Critiques charge structure so that membership at any paying level gets 50% off the cost of critiques.

Have a challenge with the For-Pay model? Let me know what it is
I’ll give you a Muse subscription account for free. I’ve done it for several people. But be prepared to offer serious comments on my posts and join in the discussion, be one of my first readers, leave reviews on my books on Amazon or Goodreads, or offer something in exchange.