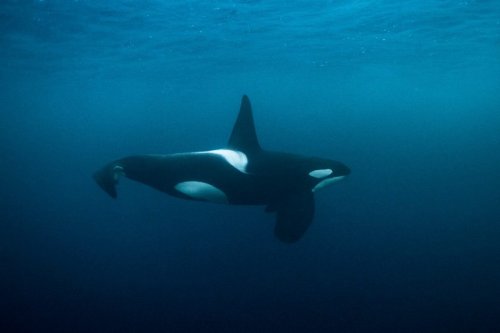 A favorite anecdote of mine is this:

A friend’s daughter is a concert oboist. No one else in the family ever demonstrated any penchant for music. One day he asked her what caused her to pursue music with such determination.
She said that when she was a child – she thought maybe three or four years old – the family went on a trip and met a friend of her father’s in a restaurant. She remembers that she was fidgeting because her mother kept telling her to sit still while her father and his friend talked.
This friend asked the waitress for an extra straw. He took out a pocketknife and made a few cuts in it, then put it to his lips and started playing music with it like it was a flute.
Real music. Tunes you could recognize.
He then gave her the straw and said, “Here you go. Play me some music so I can go to sleep when I get back to my hotel.”
She said she didn’t remember who the friend was but did remember that his ability to take a common soda straw and turn it into a musical instrument was magic to her. True magic and she never forgot it.
It’s also what caused her to pursue music the way she did, because she wanted to give others that kind of magic.
That friend was me. I’d been making musical instruments out of straws since I was a bored kid in a restaurant and had to ask my dad to borrow his pocketknife.
But what her story taught me is that we can never know how much the slightest act of kindness – or cruelty – will affect another’s life.

That anecdote and several similar experiences led to our Principle #66:

Act with kindness even though you don’t know the outcome.
Never doubt that something you said or didn’t say, did or didn’t do, etc., changed the universe in some incredible way. The Universe’s concept of the Butterfly Effect is “You said hello to someone walking down the street whom you didn’t know therefore a lifeless planet is starting to form oceans.”

These are wonderful anecdotes and ideas, me thinks.

They’re also quite inexpensive acts. A straw in a restaurant? A nod, smile, and “hello” to someone you don’t know?

Would you notice the cost?

So I’m going to challenge you to do something that won’t cost you a dime and is priceless.

Do one (1) act of kindness today. Do something that directly benefits someone else and that you know you won’t be directly rewarded for.

One act of kindness. One gift of joy.

(this post originally appeared at What if Today is The Day You Make Oceans?)