Come find out what The Augmented Man is about in Manchester, NH, on 2 Nov 2019 at 1pmET

The good folks at the Manchester, NH, Barnes&Noble bookstore invited me to do a book signing on Saturday November 02, 2019 1:00 PM.

It would be crackers wonderful if all of you attend. 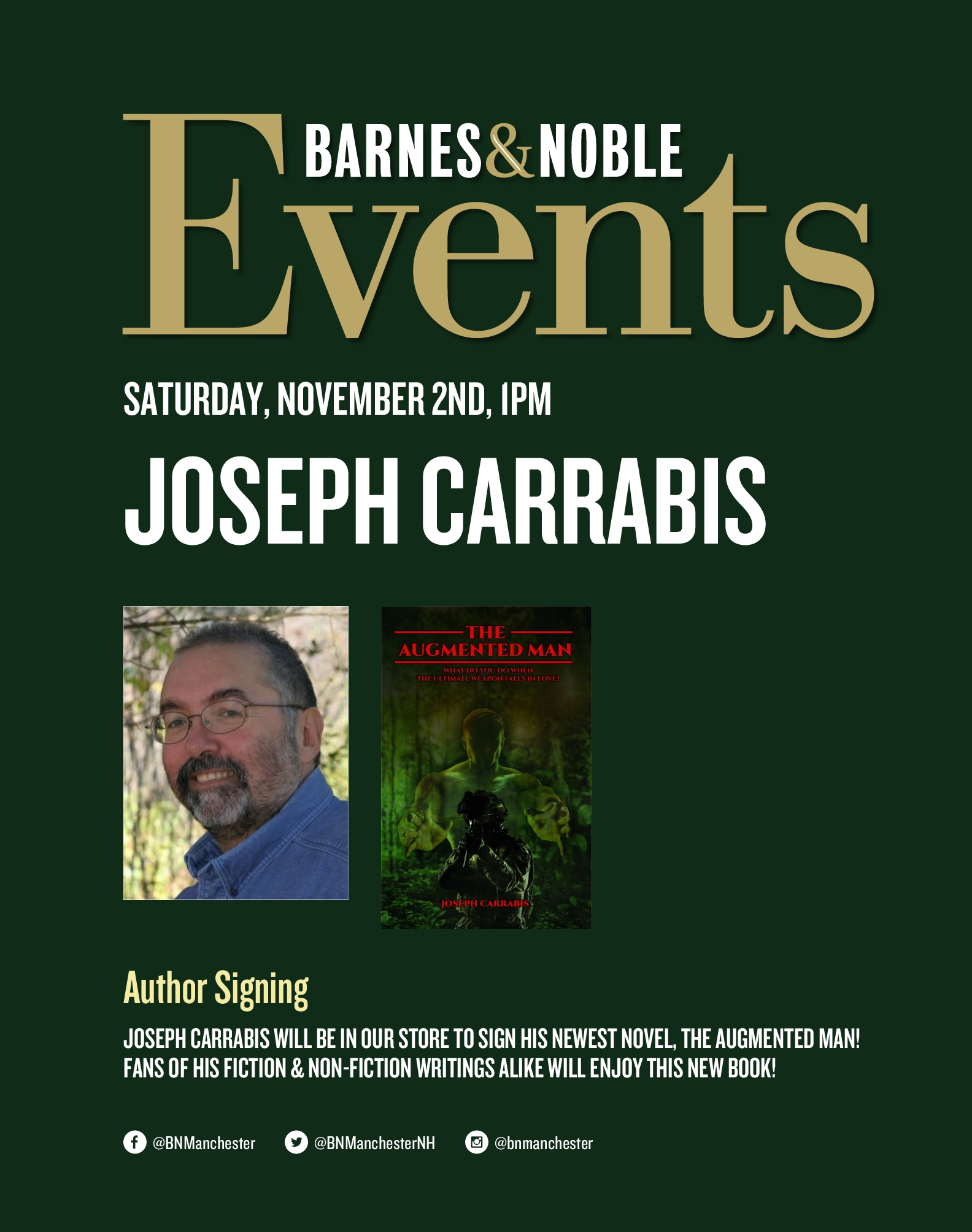 I mean, heck, I plan on being there…

A bit about The Augmented Man
The US Military concedes that any kind of combat leaves soldiers psychologically damaged and makes reintegration to society difficult.

The backstory
I’m finding people’s reactions fascinating. Yes, the book reads like a military sci-fi thriller, and intentionally so. However, the real story is in the metaphor of the abused child.

Children from abusive families tend to think of themselves as monsters unworthy of love, hence the suffering they go through – often without even being aware that what’s happening to them isn’t normal, a “fish don’t know they live in water” kind of thing.

This monster self-concept is often reinforced by society which, not being able to recognize the child’s trauma, blames the child for its behaviors and problems.

So for me, the real meat of the story occurs when Trailer (the main character) uses everything he’s been taught (to be a monster) to heal himself from trauma, and then further when he realizes how much monsterhood he must retain in order to survive in a normal world.