Can you fit this couch into your memory?

[This post originally appeared as a four part series on the now many times defunct BizMediaScience blog. I’m reposting here at the request of Joe Della Rosa. Thank him, should you get a chance.]

Priming, Sleeping Beauty, and the World’s Most Comfortable Couch, Part 1
I was told it’s time to buy new furniture by She Who Must Be Obeyed (with respect to Rumpole of the Bailey). I have a strict requirement for furniture, especially couches; they must be long enough for me to stretch out on so I can take a nap without disturbing our dog (he usually takes his position at my feet when I’m lying on the couch) and they must have a significant “cush” factor. I like couches that engulf me in a warm embrace.

Susan, my wife aka She Who Must Be Obeyed, knows this and I trust her to pick out furniture that I’ll be comfortable in. She makes the first pass, I get called in to determine cushiness, and then we go home and wait for the appropriate furniture to be delivered. Imagine my chagrin when she showed me her first choice, a post modern bauhaus piece… 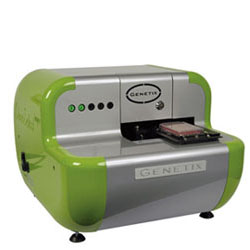 …What surprised me was how comfortable it was despite its look.

Did I get you there? Did your mind do that little thing where it attempts to take two incompatible information streams and make them coherent and compatible? The reason for your confusion has to do with what psychologists and linguists call priming. Basically I primed you for a furniture/couch/comfortable experience and presented you with a non-furniture/non-couch/un-comfortable image. The majority of people seeing the image after the priming will go into a small fugue state as their mind throws more and more cognitive resources into either convincing itself that yes, that’s a couch or yes, Joseph’s a nutcase.

Did it again? Gave you two “yes”s that slowed you down a second because you expected a “yes” and a “no”?

Priming, Sleeping Beauty, and the World’s Most Comfortable Couch, Part 2
Priming is important is because studies indicate the average adult’s experience of an event is about 85% based on what they expect their experience to be (something I discuss in detail in Reading Virtual Minds Volume 2: Experience and Expectation). You can create a good or a not-so-good experience for online and offline visitors based on what you’ve primed them to experience.

These concepts often appear in language, especially when different disciplines are involved. My favorite anecdote comes from a time when Susan and I were working at Dartmouth. We were having lunch with a bunch of friends at Mrs. Ou’s (is she still there? She must be in her 90s if she is, and probably still whacking people with her wooden spoon if they reach over the counter behind her back). One of our friends was studying sociology. He almost choked when Susan, doing immunoassay development, checked her watch and said, “Oh, I have to go destroy some cultures.”

Priming, Sleeping Beauty, and the World’s Most Comfortable Couch, Part 3
I still remember my first business meeting and listening to people talk about ROI. “We need to maximize our ROI”, “How can we increase our ROI?”, and so on. I explained the easiest ways to do this were to diversify how we were distributing things. Different distribution methods would naturally demonstrate different ROI. After a short period of time we could easily see which regions were showing up best and plan from there.

People were dumbfounded. My goodness this was brilliant. What else could I share with them?

I couldn’t understand why this wasn’t obvious to them.

Of course, I was talking about Regions of Interest a mathematical concept from statistics, not Return on Investment. Strange thing was, my language fit so well with their expectation that they incorporated my suggestion and the company grew.

These primings occur in all our sensory experience. Have you ever asked for a Coke® and been given an ice tea? Try it on someone sometime. The look on their face is a study in itself as their mind devotes more and more resources into making the ice tea taste like a Coke®.

Priming, Sleeping Beauty, and the World’s Most Comfortable Couch, finale
Let me give you one last example of priming; everybody knows the story of Sleeping Beauty, right? The new transposon vector that can deliver large DNA cargos to vertebrate cells, making it a useful tool for genetic applications?

Normally that one would have stopped you dead in your readings. Why not so now? Because you’ve been primed to expect the unexpected. In fact, if I gave a line or two about what most people recognize as the Sleeping Beauty story, that would have caused most people to fugue because they’d be waiting for the “punchline”.

Often bringing concepts into a discipline from outside a discipline can break the rules of priming completely and get things into deep memory (examples in the earlier posts in this arc) or priming then “reversing” the prime as explained above. Comics know this very well. Punchlines work because they are dramatic releases of the tension built by priming, the send up or lead into of the joke before the punchline.

Priming can be subtle or not so subtle. Anybody notice my numeration method in the top paragraphs in this arc? I use “a” and “2”. A subtle priming to expect the unexpected. Some RSS readers will show up this arc as “Can you fit this couch into your memory?”, a phrase constructed to be intentionally ambiguous, another prime to invite you to slow down for a second or two and encourage you to take a look.

I’ve written before about my lack of industry jargon adding to my credibility in other blogs (all mostly defunct. I’ll resurrect if demand is high). This arc is an example of what it’s taken me years to learn; Prime people for what you want them to remember then deliver it. Not at first, but at second (literally). People might not remember the joke or the punchline yet they’ll remember what came after it each and every time.

Prime your audience, release the priming tension, then give them the message you want them to remember. You’ll brand them every time.

Oh, before I forget, Prince Charming might not have kissed Sleeping Beauty awake if she were on the couch shown at the top of this post, a Genetix Clone Select Imager (a tool used in the cloning process and about the size of an early 2000s desktop computer).