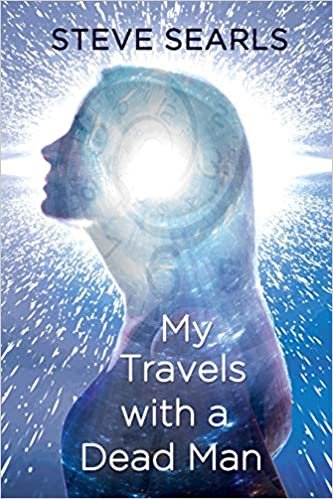 “I lay on a metal surface, unable to move, in a dark room except for a single light bulb swinging in a far corner.” – Steve Searls’ My Travels With a Dead Man
Kinesthetic and visual sensory information, a sense of isolation, and threat in twenty-four words. Bravo!

First, I’m a fan of Steve Searls’ writing, as noted in Steve Searls “A Little Chit-Chat”. My Travels With a Dead Man is Searls’ first novel and I haven’t finished reading it. As a first novel, it suffers from first-novelitis. Some of the problems (I hope) Searls will grow out of as he develops his craft. Most I lay at the editor’s feet as the book’s weaknesses would be caught by a good editor and addressed in a back-and-forth with the author before publication.

Should the book’s weaknesses stop you from reading the book? Certainly not! Searls’ flair with that first line is repeated throughout what I’ve read so far and hint to some amazing work yet to come (again, I hope).

So please keep writing, Mr. Searls. We need authors like you. 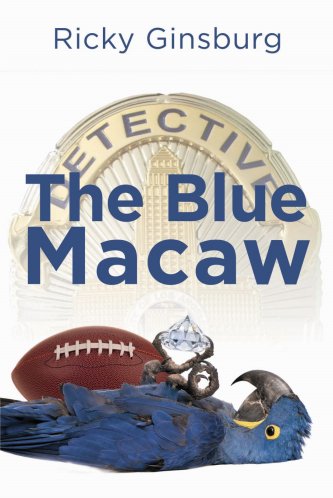 “It was my doctor’s reassurance that I could still have an orgasm that gave me the most hope.” – Ricky Ginsburg’s The Blue Macaw
Eighteen words and we know the viewpoint (1st person), the tone (you can feel the film noir in “I could still have” and “gave me the most hope”), the setting (modern – a doctor talking to a patient about orgasm rather than euphemizing sexual experience), and the mood (“reassurance”, “hope”).

The Blue Macaw is Ricky Ginsburg’s first novel (that I know of) and it’s a masterpiece of tone, language, atmosphere, mood, and setting. That control and power Ginsburg demonstrates in the first sentence is carried through what I’ve read so far (haven’t finished it yet). Read the first four paragraphs of the first page and you’re locked into the mind and emotions of the narrator, and Ginsburg does it by revealing through 1st person intimate details; the narrator is talking to you, sharing with you.

And better, by the time you finish that fourth opening paragraph you’re either for or against the narrator in a big way; she’s confronting major modern adult issues head on. Bravo!