You’re first question is, “Why are you telling us a year after the fact, Joseph?” 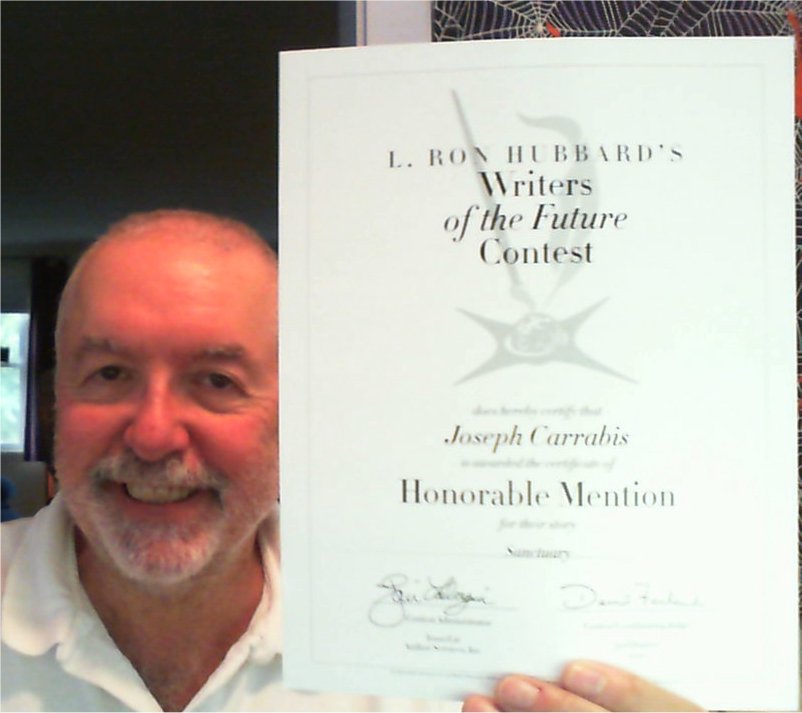 I received notification back in 2Q21. Various things got in the way of it being mailed and so on.

Hey, I’m happy to receive any award. Especially while I’m alive to enjoy it.

I originally wrote Sanctuary in June 1991. It’s a 920 word flash piece which has had little to no revision since the original version.

I workshopped the piece several times. The universal (I’m not kidding. Creatures in the Magellanic Clouds love it) response was extremely positive. One critiquer stood out with “I wouldn’t change a f?cking thing. This is abso-f?cking-lutely brilliant.” Another said, “I hate it. I hate what happens in it. I hate the outcome, and I never want to read anything like this ever again.” (pause) “And the fact you could get me this pissed off in nine-hundred words shows me you are a really good writer. You’re really good to get me this pissed off in nine-hundred words.”

I’ve read Sanctuary publicly several times and always received enthusiastic applause. People come up and ask me the story’s origin and meaning. Some are weeping because the story so moves them.

And nobody wanted to publish it until Harvey Duckman Presents Volume 8 picked it up in July 2021.

And now it received an WOTF Honorable Mention.

The times, they are a’changin’.

For the better, I hope.