About the Author
A writer at heart, Undawnted’s own creative spark, DL Mullan, began writing short stories and poetry before adolescence. Over the years, Ms. Mullan has showcased her literary talents by self-publishing several collections of her poetry. She also writes novels, designs apparel, and creates digital art. Ms. Mullan‘s creative writing is available in digital and print collections, from academia to commercial anthologies. As an independent publisher, she produces her own book cover designs as well as maintains her own websites. She is an award-winning digital artist and poet. This year, DL Mullan has begun sharing her knowledge via A Novelist Idea Newsletter. If you too want to become a Fearless Phile, then subscribe to her newsletter at www.undawnted.com.
Learn. Grow. Master… with Undawnted. 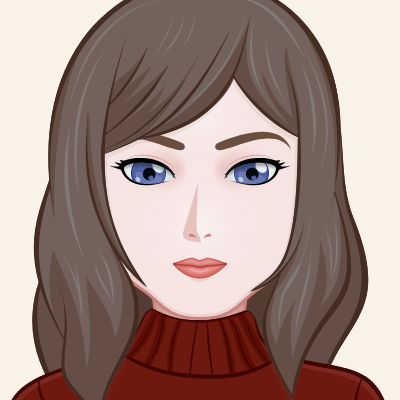 How the story came about?
The Reality Hackers is one of those once in a lifetime stories that combines complex ideas rather seamlessly. From quantum reality, spirituality, science fact, and genealogy, this short story is not only good genre, but much of the narrative is based in fact as well as personal experience. There is plenty of reality in The Reality Hackers that has far-reaching implications in our daily lives.
As part of my Legacy Universe on Undawnted, I incorporate my family’s genealogy into my creative writings. John and Elleanor Chisum were real people, and my ancestors from the 1700s. Gillespie and Isham (pronounced: EYE-som) are family surnames as well. I enjoy immortalizing my pedigree in my stories because I like how this aspect grounds the spiritual and fantasy elements to the material world.
Personal experience along with science and military facts also help to keep this story established in the realm of possibility. For example, the explosion and implosion described at the beginning of the story is a real-life scene that I had witnessed in the Sonoran Desert in the outskirts of Phoenix, Arizona circa 2005. From what has been explained to me by a private government contractor, this device is next generation military technology. Another researcher confirmed that the phrase: Special Access Projects is real. These projects are under Black Operations Budgets and managed by private military and industry contractors. There is little Congressional or Presidential oversight of these programs, which makes them unconstitutional and therefore illegal to fund and operate, yet many exist under these conditions.
Organic consciousness appears in this genre tale through the Intelligence Community’s released support documentation. The Central Intelligence Agency, along with the Monroe Institute of Applied Sciences, experimented with human consciousness known as the “Analysis and Assessment of Gateway Process.” The Hall of Records is really the Akashic Records, which many in the spiritual community have discovered through various meditative techniques, and corresponds to the government’s own controlled studies. The Looking Glass is a real technology hidden by the government and military that uses quantum mechanics, consciousness, and the dynamic universe model’s principles of electromagnetism that fuses intentions, imagination, and the human brain to create, maintain, and influence reality. The Looking Glass is a black cube that only a few people have ever seen and in 2012 stopped working, according to a private government contractor who once held it. As a consequence, we are living in a convergence of realities due to the overuse and abuse of consciousness processes and that predictive technology.
There is more to these hidden mechanisms than is observed by the average person. For instance, the Gateway Process is technical psychological jargon for quantum reality. A quantum computer is a device that every human owns. The brain we possess is that subatomic manipulator. In The Reality Hackers, the characters learn that if you believe in a concept, that a person’s intentions and imagination can make that notion real. Except the quantum assertions discussed as fiction, are indeed based in scientific fact. You can change your stars as the movies say, and manifest your destiny through your conscious thoughts and living imagination. Trust the science. Actually, trust yourself.
The Reality Hackers is so much more than a good short story; it’s a guide to living your best intentions. With a firm foundation in the material world through genealogy, military programs, intelligence experiments, and spiritual principles, this narrative is a timeless tale of enduring love, good winning over evil, and the power of the human mind. In decades to come, our ideas about life may change, but The Reality Hackers‘ lessons in believing, intending, and imagining a positive future through the use of our personal quantum computers will remain science fact.

Opening
White.
Everything around him was milky. Walls, tile floors and ceiling were bright clinical white. Even his clothing down to his shoes was white, as the foreground and background blended together.
As he took a few steps forward, a door appeared out of the selenite obscurity and stood in front of him. He grasped the white metallic knob and turned. Half-anticipating a myriad of scenarios that raced through his thoughts to materialize before him, he pushed open the door.
He saw the rush of stars pulse in the dark electromagnetic field as these twinkles moved faster and faster. His mind failed to stabilize the outward velocity. He lacked control. The seeming endlessness overwhelmed his senses.
Before him, the galaxy in a rage converged. The material bodies exploded with that visceral emotional resonance. As soon as the expansion occurred, the energetic force retracted and imploded onto itself. The resultant shockwave blew him in the opposite direction into the light for which he had come.