About the Author
Jodi is a retired teacher living in Southern California with her husband and two dogs, Harley and Davidson. Although she prefers writing fantasy, some of her nonfiction Harley adventures have also appeared in anthologies. Her short story, “Sea Cave,” was included in the anthology Magic Portals. “Skulls on the Shelf” will be published in the anthology Never Cheat a Witch in October, 2022. You can connect with her at jrizzotto.com or Twitter. 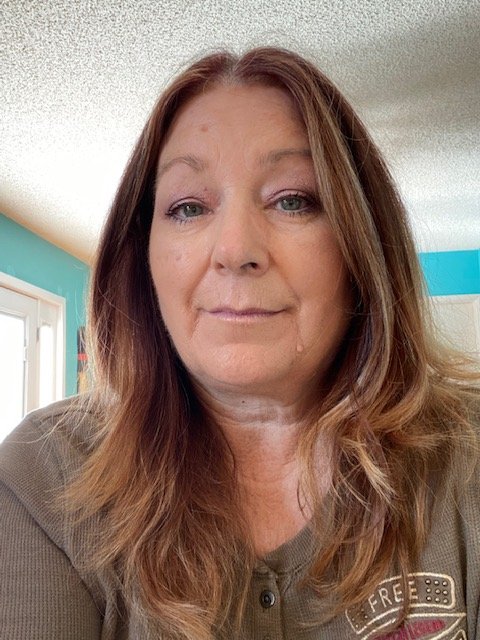 How the stories came about?
“Angry Man” was inspired by a fellow teacher who was angry about a breakup. His anger grew more every day until one day he asked me, “Would you visit me in prison?”
His question stuck in my mind as I watched his anger take over his life. I wondered what would happen if anger could really eat you up?
Of course, for my story, I changed the names and job, hoping that my former coworker would not recognize himself and subject me to his anger.

Opening
“Will you come and visit me in prison?” my co-worker [TW1] whispered over the cubicle wall.
At first I didn’t know what to say. Perhaps this was a test, an initiation into deeper levels of friendship.
Filled with dread, I stood and peered over the grey divider. A tiny baby-sized figure sat typing at Mike’s computer. Last week, I would have gasped in horror. Now I was resigned to accept what my eyes reported, so I shook my head and replied, “Of course I will.”