Almost a year ago I wrote

in Toing and Froing and now, for various reasons, here’s that post.

Attribution via Action became increasingly important to me when writing my last novel, Tag. I noticed the actions I used for attribution purposes were stale, generic, didn’t apply to what happened in each scene.

I’ll defend myself with “It was a first, rough draft” which is true. I recognized the problem and made notes in the manuscript to fix it during rewrite, which I will because I tend towards anality about such things.

And still, it’s better not to have such issues in any draft, especially first drafts, as the more corrections necessary the more time taken not publishing and promoting the immediate project and all projects together.

So as I often do when I recognize a weakness in my own work, I gave myself exercises to improve my storycrafting and storytelling. In this case, use attribution via action specific to what I want the reader to experience when they read the sentence/paragraph/page/scene.

I’ve also learned from workshops and teaching that the term “attribution” isn’t in vogue any more.

Speech Tags
The reader has to know who’s communicating in a scene. Knowing who’s saying what is often more important that knowing what’s being said. This is done by identifying the speaker with what they’re speaking.

Words like said, talked, shared, spoke, … are now called “speech tags” and use to be called “attributions” but far be it for a writer to use a single, exact word when a weak, two word phrase can almost do the job not as well.

Said, talked, shared, spoke, … are fine words and they are weak because they lack emotional content until we use a adverb modifier such as said angrily, talked quietly, shared emphatically, spoke loudly, …

And if that’s not enough links for you in one paragraph, wait, there’s more!

Many writers contributed to Bewildering Stories Issue 949 and I’m sure you’ll enjoy reading them all.

Yes, it’s true…the long awaited and no longer a special plumber’s issue of Harvey Duckman (Volume 9) is now available for your reading pleasure. 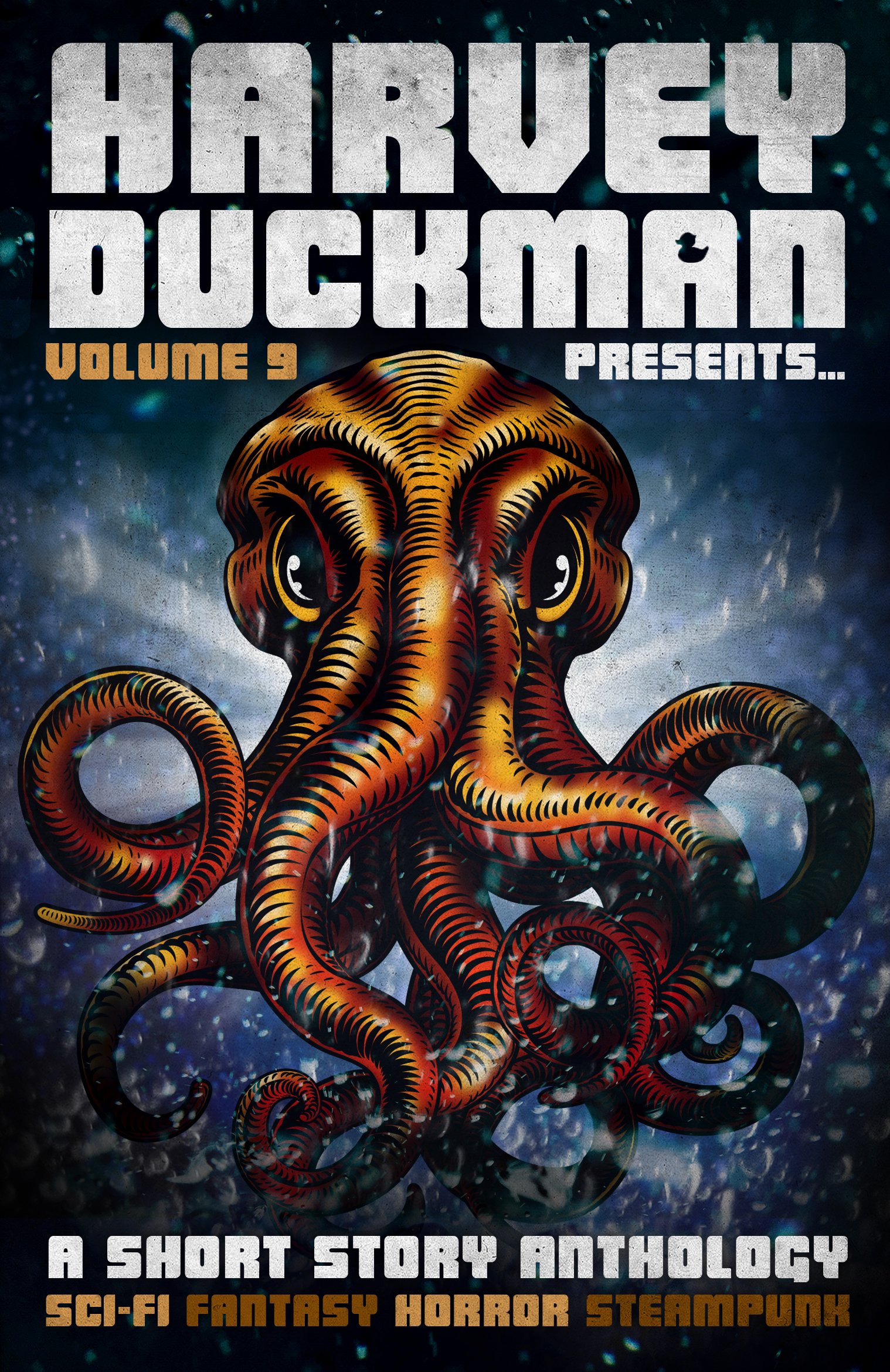 This story has a strange history.

But then again, what story of mine doesn’t?

The special plumbers issue – which this story was written for – never came about. Kind of. The issue had been talked about for several years. It was on again off again and the seesawing (frankly) became tiring. I hadn’t written anything for it yet so no worries.

Then I drove to a master telescope maker to have our telescope repaired (it’s a beautiful Schmidt–Cassegrain I originally purchased back in the 1990s to learn astral-photography. finally getting back into it). I’m driving along and listening to music (must listen to music) when the protagonist, Ima Flush, appeared in front of me.

After people stopped honking their horns and getting back on the highway, I listened to what Ima told me.

Even had to turn down the music. A bit.

She had an amazing story to tell.

Here…let me share just the title. I thought Ima was changing her mind. No, she was sharing her genesis with me.

And an amazing genesis it is…

[no, that was true when we started, not any more]

“Choices made Manifest Through Self-Awareness”?

[too wordy and obscure]

“The Opening of Ima Flush”?

[no, nobody’ll remember the reference]

I use throughlines in my own writing and mentioned them previously in Using One-Line Summaries to Write Better Stories and Writing Mentoring.

I appreciate the confusion.

I also appreciate Einstein’s “If you can’t explain it to a six year old, you don’t understand it yourself.”

Therefore, I’m either about to explain throughlines to a six-year old or demonstrate I don’t understand it myself.

Let me know which I achieve.

Tim Curry invited me to take part in a Hallowe’en podcast with several other authors, each of us reading something we felt fit the season.

Hallowe’en is celebratory to me and mine, and I didn’t think that’s what Tim had in mind.

I have written horror, though.

No, not written horribly (okay, maybe, and I’m getting better (I hope)), and not quite of horrible things (although some of my work is dark, I’ll grant you), so that set me off on a search.

I came up with two things. The first, shared last week, is a concatenation of two chapters in The Shaman, each of which deals with a succubatic kind of creature, Ellewomen. That post is, strangely enough, entitled “The Ellewomen.”

This one, Them Doore Girls, is from a horror story first published in Haunts 1992 and again in my self-published Tales Told Round Celestial Campfires 2016.

FYI, the sound quality is wanting. I find it best through headphones.