I wrote about Agnes, our resident wild turkey, a few posts back and that Agnes brought along her friend, Francesca.

Well, things were obviously pretty good at Chez Carrabis because the other day we woke up to see Bill out there with the girls. 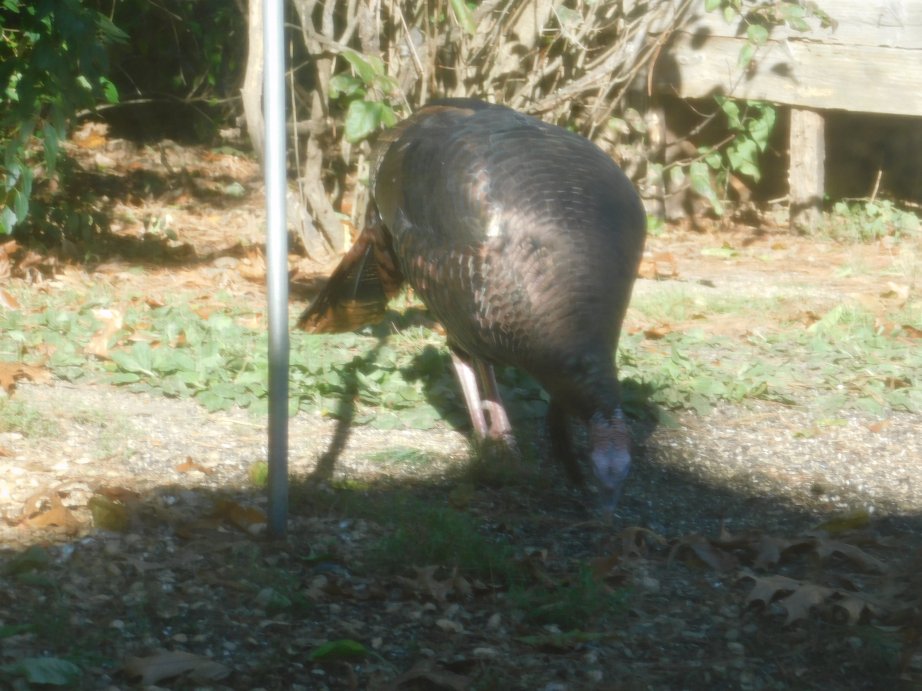 I didn’t know we had any mature Toms although I shouldn’t have been surprised; any Tom would be drawn to the vicinity of two such attractive ladies.

I went out to greet him. When I asked his name, I thought he said “Roger” (probably some errant chipmunk not getting enough seed).

Being polite, I said, “Hello, William.”

He quickly corrected me, “It’s Bill, just Bill,” and he held out a wing. He had a good, firm wingshake. Obviously a bird of business, a serious bird, one to be dealt with squarely, probably good with a bread&bourbon stuffing.

Bill harrumphed at that and joined the ladies.

That’s Agnes in front at her seed pile. Francesca’s in back. Bill comes in about 12s in

2 thoughts on “Agnes, Francesca and Bill”