I’ve written about our resident wildlife. Recently we were visited by Vasch, a mature male gray fox. 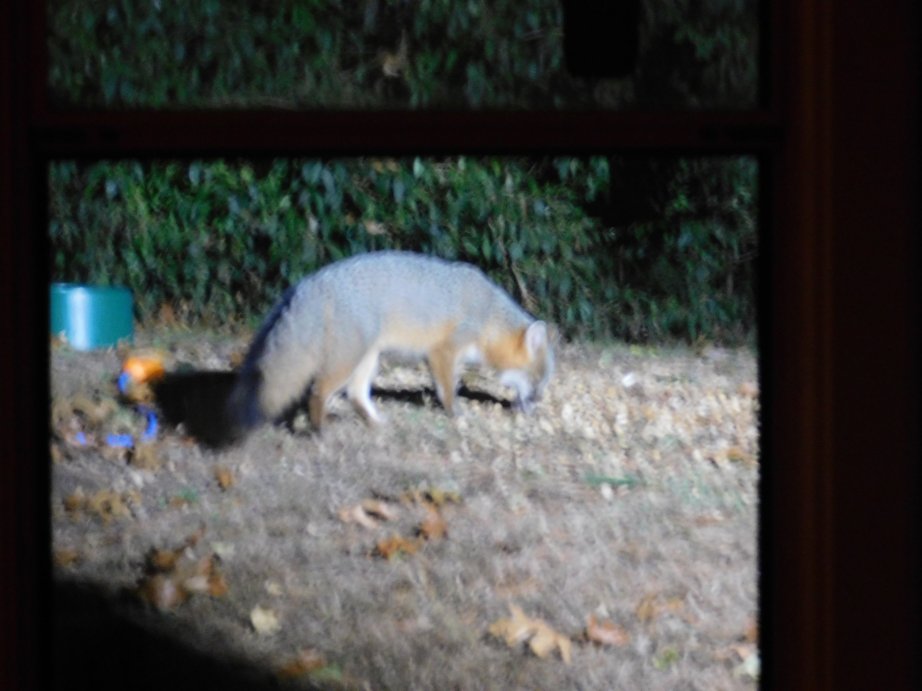 We’ve had several gray fox visit over the past few weeks, Vasch is the first to share his name with us. I’ll admit to being a little confused at first; translating from Hrycuna, the major gray fox dialect, to Human and then to English proved more of a challenge than I thought (I haven’t spoken Hrycuna regularly in several years, my bad, that).

In any case, it took me a few turns to make out his name when he shared it: “Vaschti? Vayetzch? Fhasaietch?”

Fortunately, Vasch was patient with me. Probably figured talking with me was the price of being in our backyard.

We suspect there may be females and if so, kits. We’ll let you know.

4 thoughts on “Vasch the Fox”