Who needs TV when you can kill internet trolls? 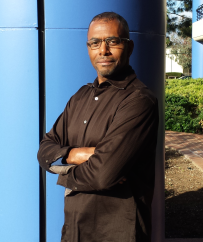 Hello all and welcome to our continuing series of author interviews. Today’s guest is the dashing, roguish, international bon vivant, internet troll hunter and young world purveyor Steve Evans, a man of many talents and at least two aliases.

And with an intro like that, you gotta stand up and applaud.

Steve Evans’ aka Tobor Eichmann’s Bio
Tobor Eichmann was born in Pennsylvania and grew up in a middle-class suburb of Philadelphia and has lived in various places throughout the world. He is an author and self-proclaimed independent thinker. He writes fiction, non-fiction and general interest books. He has a passion for writing about social issues that relate to the inner workings of the human mind. He holds a Masters degree in Information Technology. It was in Europe where Tobor began creating works of fiction and non-fiction in his spare time.

Do you have any idea how many ‘Steve Evans’ there are in the world?

Steve and I talked about creating pseudonyms, paying homage to 1960’s B&W cartoon characters, using an over active imagination to amuse your children, the power of sixth grade teachers to unleash a child’s gift of writing, classic Twilight Zone and Outer Limits, YouTube promos and why you should pull a book after you’ve published it.

Get rid of government. Let people govern themselves.

You can find links to Steve’s books on the right or at the bottom of this post (depending on your device). You’ll also find links to Steve/Tobor/…’s sites underneath the video. And please comment both pro and pro. Okay, con, too, if something really peeves you.

Steve’s offering The World of Adam Dunne for free today!

We’ve lost the ability to think for ourselves. Stop believing everything you’re told

I couldn’t believe the backlash I was experiencing

An excerpt from The World of Adam Dunne
“Mrs. Rogers, I know what you’re getting at. Adam is a quiet boy. He’s intensely shy. We’ve also had very hard year as you know….”

“Its not that, Linda,” Mrs. Rogers interjected.

She reached into a manila folder, pulled out a stack of papers, and laid it on the desk in front of Adam’s mother.

“I found these in Adam’s desk. Adam likes to doodle in class. In fact, he’s quite an artist. But it’s the pictures that he draws. I’m no psychologist, but to me this looks like a cry for help.”

Adam’s mother picked up the drawings. The first drawing was an image of a dark, ominous figure in a cave-like hole with menacing red eyes peering out. The opening and walls of the cave looked as if Adam had made continuous circular motions almost to the point of tearing the paper. She flipped through the drawings, as each next drawing appeared more sinister than the previous. The drawings appeared to show a mix of fury and utter despair, which made her stomach sink. Tears welled up in her eyes as she placed the drawings back on the desk and pushed them aside.

“What have I done?” she sobbed.

Mrs. Rogers reached over and put her hand on top of hers.

“I know your history. I know it’s been incredibly tough, but if I were you I would seriously consider getting him help.”

Adam’s mother gazed out of the window, deep in thought. Finally, she turned back to face Mrs. Rogers.

“You’re absolutely right. I’ve known this for a very long time, but I just couldn’t face it. It’s time.”

I was terrified. I wanted to revise it