Can hope for America’s Future be found in the Old West’s morality? 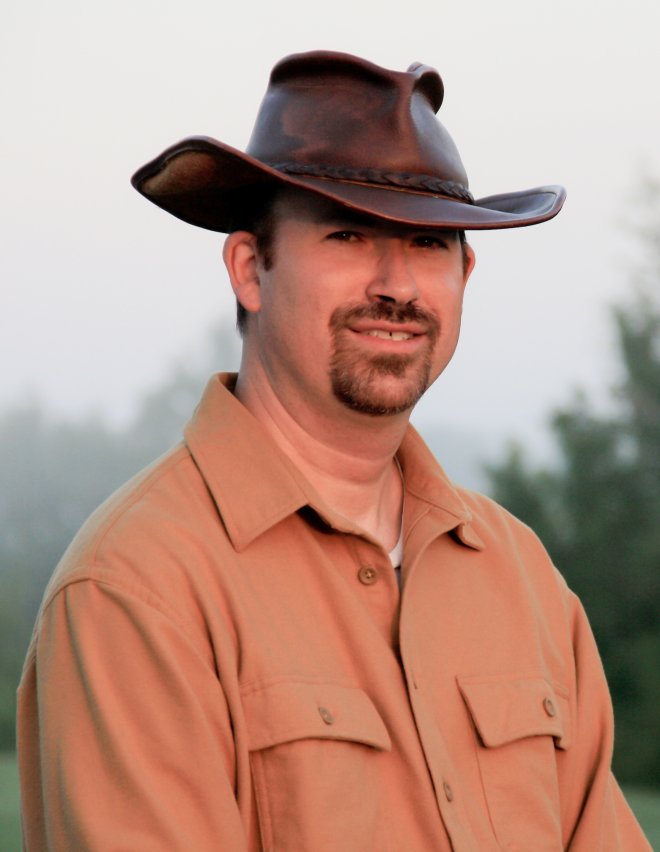 Hello all and welcome to our continuing series of author interviews. Today’s guest, Daniel Rundquist brings an interesting and richly historic bled of writing; Western and Political Philosophy. Please give Daniel a big round of applause for taking part in our exciting adventure.
It was a long, often lonely road to take – when you realize that your nation is doomed and then play detective to find out why.

Daniel Rundquist’s Bio
Daniel B. Rundquist, born in Minneapolis, Minnesota, settled in Caldwell County North Carolina in 2001. He is a graduate of the University of North Carolina at Chapel Hill with a degree in Industrial Relations. He began his career working for the U.S. Department of Veteran’s Affairs before entering the grocery business in 1993. Dan also owns his own publishing company, New Plymouth Press, LLC. He is an avid writer, the author of three books and publisher for a fourth.

I’m sitting there reading Procopius with a notebook and fountain pen. So I am not the “cool kid” on my block.

Dan and I talked about how women with ukelele’s can change your life, the power of hope and passion, working for Veterans’ Affairs, living in the foothills of the Piedmont, the US’ Founding Fathers, what’s happened to the US Government, researching westerns for authenticity and whether it’s important to make money or do what you love.

Have you ever wondered how America got to $21
trillion in debt? Why America is still waging the same war after 16 years?

How is it possible that in the wealthiest nation on earth we have to take out a 30 year mortgage to afford a house but in Saudi Arabia they have vending machines that sell solid gold
bars?

I was looking at a massive web of politics, public policy, ancient history, economics, and American history all connected to each other in some way.

…until recently (the past year or so) I’ve been kind of a recluse writer. This began to change when I started writing for the Caldwell Journal, a local paper.

What if ordinary Americans started to follow their passions once again?

An excerpt from Tears for Byzantium
This book makes no attempt at scholarship. The kind reader should not mistake the author for an historian either, for I am a mere student of history. Thomas Jefferson used to say he was an old man but a young gardener. Likewise, I am an old student, but a young historian. I would instead encourage the reader to investigate for himself and refer him to the bibliography at the end of the text. Consequently this text is written for my peers, for “average” Americans, and not at all intended for academia, the political class, or the media elites who are largely part of the problems we face.

This is no history book. If anything, it might be described as a story of patterns. Heartbreaking patterns when one considers that the pitfalls of prior generations and civilizations can never seem to be overcome by the current generation, or, if successfully overcome, not for long. Who can say how much of civilization’s wisdom was lost when the great library at Alexandria burned, for example. The prevention of (or in the case of the U.S., the deliberate degradation of) historical learning leads to unnecessary debasement of the human condition and worse, cultivates brutality resulting in utterly wasted human lives and their potential.

The accurate portrayal of the history of civilization has been made unpopular in America, deliberately washed away, scarcely taught or ignored outright, and the mistakes of prior generations then tragically repeated to the delight of a few. The story, though, never changes. The repeated human devastation caused by a few in power continues over and over because the nature of corruption and evil in men never changes.

“You and I have a rendezvous with destiny. We will preserve for our children this, the last best hope of man on earth, or we will sentence them to take the first step into a thousand years of darkness. If we fail, at least let our children and our children’s children say of us we justified our brief moment here. We did all that could be done.” – President Ronald Reagan

(some quotes are from Daniel Rundquist’s material, not necessarily the interview itself.
The final image in the interview is Dan (left) and Mr. Larry Hill (right) at the DAV Chapter 6 Hudson, NC, and courtesy of The Caldwell Journal)

PS:
Daniel Rundquist received the following comment on TEARS FOR BYZANTIUM – “I wanted to let all you guys know of a really powerful book I just read called Tears for Byzantium -The Entropic Course of American Exceptionalism By Author Daniel Rundquist The first thing that struck me about the book was the cover. I know they say you cannot judge a book by it’s cover but after reading this one I beg to differ on that subject. I must admit that I have always been a bit intimidated by History and Politics but this book was a very easy and interesting read broken down into 8 chapters which completely solidify the quote “If you don’t know History you are doomed to repeat it.” I was simply amazed, at how the author was able to weave his way through an ancient civilization and draw a parallel that followed through to the same issues that America and our citizens are facing today. From the powerful quotes, bits of humor, to well researched, facts you will come away feeling challenged to become a better citizen and person. I already feel that I am a better person for just having just read the book. I finished the last chapter in tears and realizing that each and everyone of us really do play our own small part in the making of History. Last but not least it was really impressive to know that the net proceeds from the sale of this book are donated to The Disabled American Veterans Chapter 6, Hudson, North Carolina.”

2 thoughts on “Daniel Rundquist – Where Cowboy Gold and Philosophy Meet”