Be careful which medicos you allow into your home 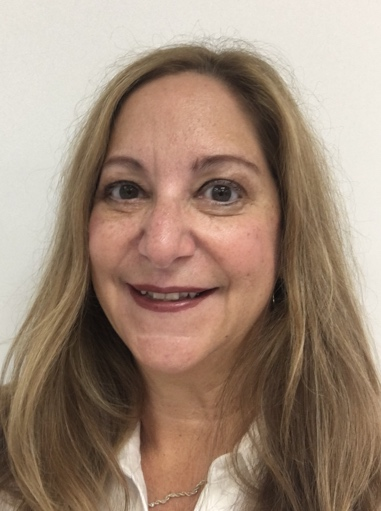 Hello all and welcome to our continuing series of author interviews. Today’s author, Wendy Weiss, is an expert on desperate crimes…no, no, no, that’s not correct. She’s an RN working in the insurance industry (by day) and that experience has led her to understand people walking the edge of what medical science knows and what the insurance industry will do, not always a fun place to be.
There’s an English teacher in every bookclub.

I’d like everyone to stand up and give Wendy Weiss a big round of applause for taking part in our exciting adventure.

There are days when I hate my characters.


Wendy Weiss’ Bio
Wendy raised three sons in the Boston area and now lives in sunny, southwest Florida with her husband, Mark and their beloved pets. Wendy’s background for Medical Crime Thrillers comes from being a Masters prepared Registered Nurse with years of experience caring for patients with chronic conditions, mental illness and addiction (and she must be good at it because she’s peer reviewed and published). In her free time, Wendy enjoys the beautiful Southwest Florida beaches and traveling in the US and abroad.

She’s being raised by a sociopath.

If someone has a good social network I’ll put them in a story.

My stories evolve as I do them. Everything flows from the character.

I’m not really sure how this is going to end. How’s it going to come together?

I found the elevators are the best places to meet people.

My ultimate goal is to write literary fiction.

An excerpt from Wendy’s Stone Addicted

Shirley Barrett’s air conditioner was set at a comfortable sixty-seven degrees, but sweat poured out of her body due to the intense pain in her leg. Her pajamas were soaked.
Her orthopedic surgeon, Dr. Stone, had performed right knee joint replacement surgery on her just four days ago. But now, at 2 am, as she lay in bed in the dark, she moaned with each new wave of pain. Her younger sister left her just hours ago after their squabbling and nitpicking reached its climax. A tear ran down her cheek as she thought about how ridiculous and insignificant their differences were. Something was very wrong, and she needed help. Why did I make her leave? She knew that if she didn’t get herself to the hospital so they could figure out why she suddenly had excruciating pain, and why her knee smelled like rotting fish, she wouldn’t survive another day. The phone sat on the nightstand, just out of reach, upright on a charger.
She jerked her thick upper torso to the right, yelping like a wounded dog when the movement irritated her infected leg, and then stretched her right arm, but the position limited her reach. She panted. This isn’t good. Why didn’t I leave the phone on the bed? She fell onto her back again to gather her muster. This time she twisted her upper body to the right, holding her breath and then letting the air out of her lungs with a scream. She was so close to the edge, too close, and the bed was high off the tiled floor. Her left arm came up, and she stretched, palm down, chubby fingertips wiggling. But she brushed the side of the phone, and it moved further from her grasp. “Shit!” She grunted, then pushed herself again, forcing her heavy hand to grab the phone. But she stretched too far, and her hand floundered, grasping nothing but air as gravity took her body down.
Her temple slammed against the nightstand, forcing her neck to hyperextend. A jolt of pain shot from her leg through her back and neck. She felt something wet on her face and reached up to touch, but her arm didn’t move. Her body lay on the hard floor, prone, but the nightstand blocked her from lying completely flat. Instead, her head lay cocked in an unnatural position, and her bloody face rested against the bottom drawer.
What is happening to me? Shirley began to wail.

Dr. Lila Stone rolled over in the hotel bed and gazed at the naked man that lay beside her. His name was Ted, or Teddy something. Teddy, the chief executive. Teddy, the one-night stand. Tagging her temporary lovers with their profession, or some other memorable detail, was the only way she could avoid the embarrassment of forgetting their names when the encounter was over. It was 3 am and time for her to leave. She watched Ted sleep for a minute, and then carefully slid to the edge of the bed. She glanced back to make sure she hadn’t disturbed him and then carefully rolled off. She would probably never see him again, and he didn’t know her name or have her phone number, though she had collected his business card, just in case.
Some of them insisted on having those awkward conversations. ‘Why are you leaving, and will I see you again?’ The answer was almost always, never.
She picked up her wrinkled dress and designer underwear, scooped up her Jimmy Choo shoes and crept into the bathroom. There was no need for explanations or goodbyes. She had got what she needed, at least temporarily, and now it was time to go home. She was expected at her office in a few hours where patients would be waiting, and the hours would fly by until it was time to re-immerse herself in her evening routine.
When she exited the hotel into the circular valet parking area, she wondered if the clerks recognized her and if they knowingly nodded at her as she slinked past them. She imagined that the valet watched her from behind after she waved off his offer of a taxi, and walked the two blocks back to her penthouse condo. Did he think she was a prostitute? At forty-five she was a bit too old to sell herself, but she was fit and attractive and dressed to appear like a high-priced call girl. It wasn’t an unreasonable assumption. These familiar thoughts plagued her each time she left this hotel, but then faded away until the next time. Which would be soon no doubt. Maybe she should consider a new hotel. Downtown Fort Myers had plenty of available rooms. But she had considered this before and decided not to make a change. Why give up her gold-member status when some of the overnight stays were free?
The early morning air was thick and slightly humid, though the temperature was in the low fifties. She walked quickly, listening to the click-clack of her high heels, but then suddenly the hair raised on the back of her neck. She was on the street alone, at 3 am, and despite the well-lit sidewalks, her guard was up. She took off her shoes and quickened her pace, completing the short distance in just a few minutes. She kept her eyes aimed high, on the top of her building where her living room lights shined against the early-morning sky.

A lot of agents are looking for the next Harry Potter series.