You’ve never had an intelligent insectoid as an advisor? You’re missing out… 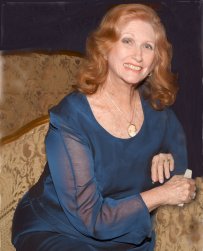 Today’s guest is Pat Crumpler, a triple threat creative who’s elementals are Earth and Water as she loves the mountains and the oceans, something reflected in her three book FINS AND FABLES series, no doubt.

I’d like everyone to stand up and give Pat Crumpler a big round of applause for taking part in our exciting adventure.

Pat’s Bio
Pat is an artist – she has a BA in Fine Arts and a MS Educational Media and has illustrated children’s books – a speculative fiction author – she’s won eight Royal Palm Literary awards – and she also writes romance and science fiction. In her own words, “I write what the muse directs!”

Her books include BENEVOLENCE from First Realm Publishers, the FINS AND FABLES children’s three book series, an adult fantasy, SORROW SONG, and an anthology, DETECTIVES, SPIES, AND WEIRDOS, with Carpewordum. In her free time she’s had fifteen short stories published in various anthologies.

I believe that music is one of the things that sets us apart from animals.

Pat and I talked about the power of mountains and oceans, music in the creative process, the muse as slavedriver (but never seek reparations), living in two places at once (almost. Kind of), the fun of writing romances, romance writing guidelines, meeting, fighting, meeting again, black moments, cons, getting agents, going with a Big 5 publisher, princes and princesses not recognizing each other and more.

Romances have strict parameters. There’s a prescription and romance readers expect it.

I get this idea and it owns me for a while until I’ve worked it out.

The agent said an intelligent insect alien would never work.

Sometimes I come to something after a year and I say, “I don’t remember writing that.”