Ever try to write yourself out of trouble?

Susan (Wife/Partner/Princess) is an avid and talented knitter. She’s well beyond socks and scarves. She’s knit sweaters that would keep naked Eskimos warm. She’s knit shruggs (a kind of half-shawl that’s heavy like a rug and ever so warm and toasty!) that people line up for. Some of her projects are blow offs, easy-peasy and she does them to relax. Some are challenges. She does difficult patterns to teach herself so it’ll be easier the next time. 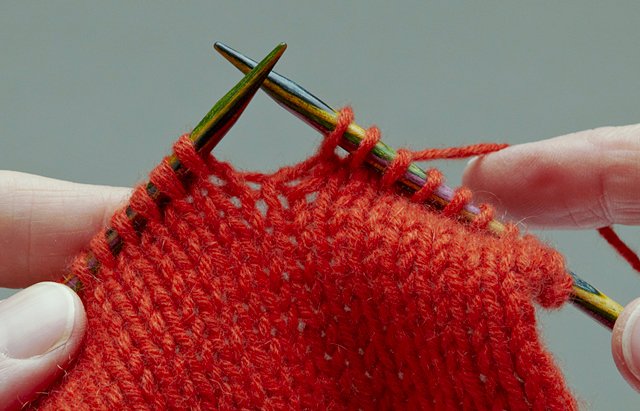 Sometimes – and it doesn’t matter whether it’s a new, difficult pattern or one she’s knitting from memory – she’ll stop, pull her needles from the yarn and “rip out the pattern.” She holds whatever she’s knitting in one hand, grabs the hanging yarn in the other and pulls.

All the stitches come out. All that knit-one-pearl-two gone. History. Obliterated. Forever. No CTL-Z, no undo, only a…

Do Over
The first time she ripped out a pattern I exclaimed, “What are you doing?”

“I’m ripping out the pattern.”

“But all that work…”

She doesn’t completely unknit whatever she’s working on (okay, sometimes she does and it’s not often). She’ll rip out the pattern to where the pattern is still good and pick up from there.

Finding Where the Pattern is Still Good – Revision
What Susan’s doing is something I do in my writing. I’m not as adept at it as Susan is with her knitting.

It goes like this; I’ll be writing along and all of a sudden everything stops. The writing is good, it’s flowing, excellent use of language, good character development, moving the plot along, atmosphere is there without being overwhelming, imagery moves the story forward without pulling the reader out of the narrative, … and still everything stops.

…some deep non-conscious nugget of brain tissue somewhere between my amygdala and my hippocampus has said, “No, uh-uh, wrong,” and shuts everything down

Basically, I’ve written something that some part of me, some deep non-conscious nugget of brain tissue somewhere between my amygdala and my hippocampus has said, “No, uh-uh, wrong,” and shuts everything down…

…and I mean, Down! I can’t write a period, I can’t change a semicolon to a comma (Oxford or otherwise). I’m writing like a sun going nova and then I’m a black hole sucking everything in and not letting anything out.

More often than not I’ll spend a day fighting myself even though I know I have to “rip it out to where the pattern is still good”.

Rip It Out
What’s really funny is that I can look at what I’ve written and know where the pattern went bad. Most times I don’t even need to look, I just know. And the more I’ve written beyond where things went bad the worse it gets, meaning it’s further and further from the original story because I started working to bring things back to where they should have been rather than just stopping, finding where the story went south, and from that part again.

Ever attempt to write yourself out of trouble?

Ever done that? Instead of going to where you know things went sour you hunch over the keyboard and attempt to write yourself out of trouble?

I may come up with some amazing writing but I’m getting further and further away from where the story needs to be. Best thing for me to do is stop, get back to the last good part, rip out everything that came after it and start again.

The Ideas File
One advantage I have over Susan is that ripping things out of stories until I get to the last good part is easy (sometimes too easy) to do, especially these days. I cut what’s not working from the story. Easy to do with word processors (I wonder what my heroes – Poe, Wells, Verne, Mansfield, Hammett, … – did without them. Aside from writing better from the get-go).

But then I save it. I have a special file that’s nothing but chunks of good writing waiting to be used. Sometimes I go through this file and find new stories waiting to be written.

All of it’s fine writing, simply not relevant where it was.

Change a name, change a few background images and you can turn that bad left front panel into a dazzling opening in some other story, that bad sleeve into a wonderful plot point somewhere else. Nothing’s wasted and just because it doesn’t work in this story’s universe doesn’t mean it won’t work in that story’s universe.

So the next time your writing goes dead, stop. Look for the last good part in the pattern. Rip out everything that came after what you’ve written, save it somewhere so you can use it in something else and write again.

(an example of writing that had to be pulled is Trailer, Bear and Jaguar)

3 thoughts on “Ripping Out the Pattern”