It’s been almost a year since I posted some great opening lines. I’ve read some fine books during Covid, none of them with remarkable opening lines, though.

This month, I read three. One’s a reread of a book originally read as a child and recently reread, one’s a book that’s been on my shelf for too many years unread, the third is from a SouthernLit author new to me. 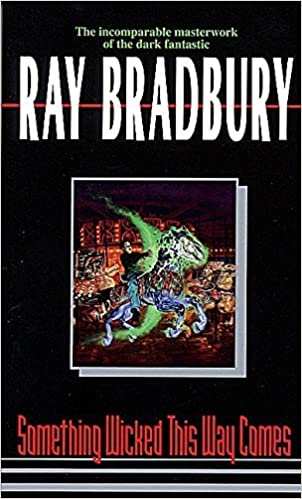 “First of all, it was October, a rare month for boys.” – Ray Bradbury’s Something Wicked This Way Comes
First person narration setting time, place, tone, introducing the characters, and letting the reader know what’s important all in eleven (11) words.

First of all, … – Bradbury takes the reader into his confidence in the novel’s first three words. The story’s told between the narrator and the reader. Those three words aren’t shouted, they’re spoken quietly, as an explanation, one person leaning in to the other, as if setting the record straight, a friendly “This is how it was.” Further, there’s the implied memory. The narrator and author are old friends sharing a story from long ago. They’re comfortable with each other and in a cozy setting, either sitting by a winter fire on a comfy living room couch or rocking side by side on porch chairs in waning summer.

it was October, … – Granted, this has different meanings if your north or south of the equator. But Bradbury is from the US midwest, so October marks the end of things, specifically summer, and a return to things, specifically school, work, from pleasure to, if not pain or suffering, something less than pleasure. It’s also stated as a fact; it was October. You can’t argue with it, and because it’s a statement, it pushes at the reader until the reader relinquishes; Okay, it was October. There’s no getting past, away, or around it. Time is set.

a rare month… – Whatever the narrator is about to tell us, it’s way on the other side of special. It’s rare. The word “rare” itself is not common. This is not a special month, nor an uncommon month. It is a rare month, a month beyond other words and placing the reader firmly in a different country.

for boys. – Intimacy is established at the start of the sentence, here we’re told who and what the story is about. The initial intimacy tells us these are not boys who are young men nor are they toddlers. These are boys who still deal with wonder, with excitement, whose imaginations are more powerful than reality. 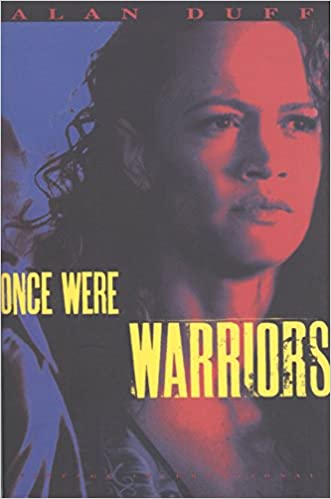 “Bastard, she’d think, looking out her back kitchen window.” – Alan Duff’s Once Were Warriors
Misery, anger, conflict, hiding, and character in nine (9) words.

Susan asked me to organize my bookshelves (they were unsightly, I’ll admit) and this gave me the opportunity to rediscover books I have but haven’t read (we have lots of books. Genuine books. Hold them in your hands, turn the pages, smell the paper, feel the paper grain with your fingers, hear the pages ruffle as you flip them and open and close the cover). Some are hits, some are misses.

A major hit is Alan Duff’s Once Were Warriors, a novel about modern Maori in modern New Zealand. It is thrilling, captivating, and not pretty.

Bastard,… – I don’t know of any modern use of “bastard” which intimates joy, love, peace, wonderment, fun, et cetera. There are ways to say the word lovingly (I did it a few times to test) but they all require something before “bastard.” Example: John gave Mary a rose. She held it to her nose. “Oh, you bastard, you. Thank you for remembering.”
But starting off with “Bastard”? Somebody’s in trouble.

she’d think, … – The conditional/modal tense, used judiciously, provides mood and tone. Most writing instructors warn students against would, should, could and helper words in general. “Be direct,” they suggest. Use “she thought” Instead of “she’d think.” But “she thought” places the reader in the past. The story’s already happened and being shared. “she’d think” places the reader in an ongoing, present time story. And if not present, so close to “now” to ignore the difference. “Think” lets us know POV, “she” hints at the protagonist. Match this with “Bastard,…” and we have a fair idea of the type of person we’re dealing with.

looking out her back kitchen window. – The protagonist is an observer and the observations are kept private, not shared. The protagonist “looks” and “back kitchen window.” Not the front parlour window, not where she can be seen by those walking through the neighborhood, not where entertaining is done but where work is done; cooking, washing. The sparseness of the language tells us there’s not much to see – no grass, no trees, no window boxes full of flowers, no children playing on swings, no partner mowing the lawn – and still she “looks” so whatever’s out there is pissing her off (“Bastard, she’d think…”). 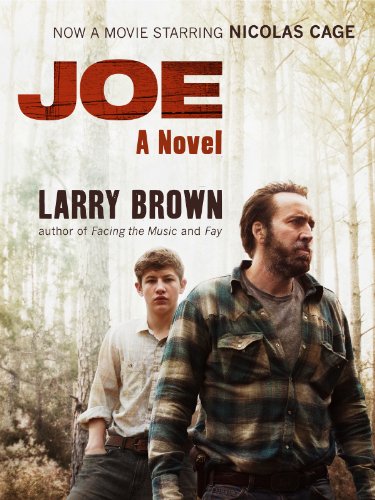 “The road lay long and black ahead of them and the heat was coming now through the thin soles of their shoes.” – Larry Brown’s Joe
Atmosphere, tone, mood, place, and emotional energy in twenty-two (22) words.

The road… – It’s a “road,” not a street, avenue, highway, path, interstate, no, it’s a road. Despite what streetsigns may announce, roads are in the country, not in cities, so the reader knows we’re somewhere “out there.”

and the heat was now coming through… – More atmosphere, mood, tone, and place. It’s been hot for a while and now the heat is getting worse, it’s getting to them, it’s entering them, it’s coming through to them. We know a long, black road lay ahead and now we learn the heat is draining them, driving them into the road they’re walking.
Not fun.

the thin soles of their shoes. The road is long and black, it’s ahead of them, the heat is crushing them, and they’re poor. If they weren’t poor, they’d have shoes befitting a walk on a hot country road but no, they have thin soled shoes. Let’s face it, their life and their opportunities suck. Things can only (we hope) get better.

Note to the reader, Joe has a great opening line and the remainder of the book lacked on many fronts, a case of a promise being made and not kept.