Mission to the Heart Stars is a favorite of mine for reasons detailed in My Sister Got Me Started.

James Blish
From Wikipedia: James Benjamin Blish (May 23, 1921 – July 30, 1975) was an American science fiction and fantasy writer. He is best known for his Cities in Flight novels, and his series of Star Trek novelizations written with his wife, J. A. Lawrence. He is credited with creating the term “gas giant” to refer to large planetary bodies.

You can download a zipped file containing both PDF and TXT versions from my site (not sure where I found them. Please let me know if I’m violating any laws and I’ll remove it). 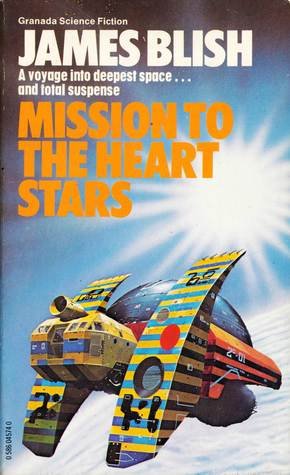 Enjoy the podcast and let us know what you think.