First, it’s a quick read. At least I found it so, and perhaps because I still remember Mrs. Woodbury’s 4th grade class in which grammar played a major role.

My volume is from 1986 (I mentioned years ago, right?) and is based on a 1950s text. I was fascinated by how much grammar rules have changed, and anthrolinguists should give this a good read as it shows language shifts recognizable in retrospect. Case in point, “like,” as in “So he said, like…”

It did clear up several confusions I had in my own work (mostly because I remember what I was taught – good job, Mrs. Woodbury! – and some editors are more current in their grammar than I). It still serves as a good general reference. Examples: 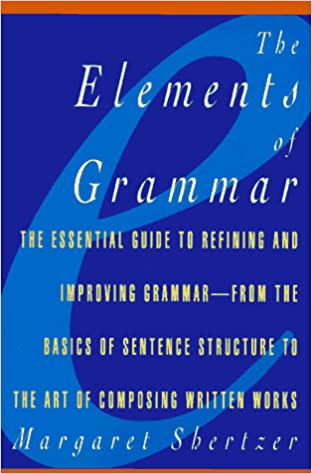 In the end, definitely a keeper and thoroughly dog-eared, it’ll be on my shelf within easy reach for easy (and no doubt repeated) reference.

But is it necessary reading? I’d say not really. It’s a good, quick read, but not necessary. Most writers hire editors (some are much better than others. I can recommend one if you need) to handle these things. I know some publishers who use machine editors and I’d hate to be the person programming such a beast – the intricacies and delicacies of grammar are monumental.