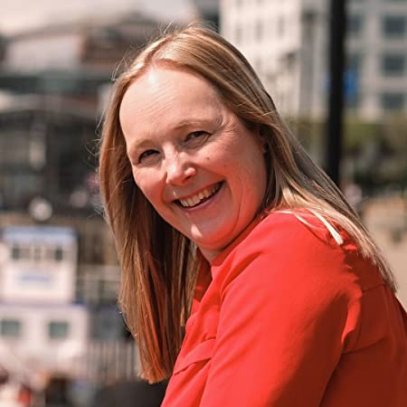 “The Fire Festival? You’re mad.”
“Aww, Jenny, you have no romance in your soul,” said Finch. “It’s a once-in-a-lifetime opportunity.”
Jenny, who had been busy polishing her carapace, gave her avian friend a withering look. “Mantises don’t really do romance, Finch. We also don’t enjoy being fried to a crisp in the name of fun.”
“But… but… it’s not just fun,” spluttered Finch. “It’s a seminal moment in history. It’s the biggest thing since… since…”
“Since the last one,” said Jenny. “Big deal. Count me out.”
“What is this Fire Festival?” asked Kurt from his bunk.
“It’s three perfect days of music and entertainment and amazing food and cocktails and stargazing and hot springs and…” Finch gabbled.
“It’s a big crowd of sweaty travellers in a lava field,” said Jenny.
Kurt laughed. “I get it.” He shook his head. “You two are funny. I’ve been to plenty of festivals on Earth and a few on this trip, but I’ve never heard of this one before.”
“That’s because it’s not on any of the tour itineraries.” Finch flourished a dog-eared guidebook, an old-school paper publication stuffed with printed pictures and hand-written notes. “I read about it in Granny’s book. Look. It’s on the fire planet of Chapin, which no one ever seems to visit otherwise, and it only happens when Pogg’s Comet passes through their solar system. The last pass was almost a century ago.”
“Let me guess,” said Jenny drily, “your Granny went to the last one.”
Finch nodded eagerly. “She did, and no one else in my family has ever managed to go. It would be a real coup.”
“So, this is all about showing your cousins that you had a better round-the-galaxy trip than they did,” said Kurt. “I think you’re doing okay so far.” He gestured around the comfortable cabin that the three of them shared. “Look at this. We’re crewing with the finest pirate guild in the galaxy. It’s the best gap year job I could have dreamed of. Why would you want to move on?”
“We don’t need to leave,” said Finch. “Think about it. The festival will need all the supply ships it can get. The guild could make a fortune running cargo and passengers to Chapin.”
“Huh,” said Kurt. “You’re making sense for once, Finch.” He swung his long legs out of the bunk. “Let’s go and talk to the captain. Jenny, are you in?”
“As long as you don’t expect me to set foot on that planet, yes,” said Jenny. “You’ll be fine, of course, Kurt. Humans are a nice moist species.”
“Do you think Finch will come back with singed feathers?” asked Kurt, looking sidelong at the young avian who was hopping from foot to foot with excitement.
“Anything’s possible,” said Jenny. “Come on.” She gave her carapace a final polish, unfolded her legs and stalked off up the corridor towards the captain’s quarters.

The above is from Harvey Duckman Presents Volume 8 (the famous “No Dragons” issue). You can read the rest of Kate Baucherel’s Firebird along with several other amazing stories between its captivating covers (and we both hope you do!)

Next up, a taste of Liz Tuckwell’s Some People Smell Roses.