The Child, The Witch, and The Werewolf 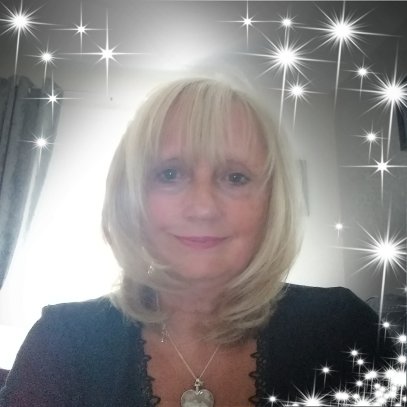 Grandmother was a witch.
Not for her the traditional image of a witch. She was not old and bent, with a hooked nose and warts. She did not boil the ears of bats in a huge bubbling cauldron, nor did she wear black pointed hats or ride around on a broomstick. She did have a cat though.
This grandmother was tall and slim and she wore elegant clothes which showed off her neat figure. If she ever cast any spells on herself, they must have been for youth and beauty as she did not seem to age, and where most women of her age had at least a few wrinkles and grey hair, Grandmother the witch had smooth skin and a mane of thick, rich auburn red hair.
She kept her hair safely hidden under a respectable bonnet when she ventured out of her cottage, and tucked away under a mob cap at bedtime. It did not do to advertise her charms too publicly, and she did not wish to either attract or antagonise any of her neighbours with her looks. She was not feared by the locals however, rather the opposite, in fact. She was revered and respected, and her potions were much sought after. No one’s livestock ever sickened and died, no crops failed, no lovelorn maiden stayed single for long once one of her potions had been brewed, delivered and drunk. She was a wise woman, a healer, a teller of fortunes, a seer, a sage.

The above is from Harvey Duckman Presents Volume 8 (the famous “No Dragons” issue) and you can read the rest of Christine King’s The Child, The Witch, and The Werewolf along with several other amazing stories between its captivating covers (and we both hope you do!).

Next up, a taste of Chrysta Coburn’s .

One thought on “15 Days of Harveys Day 5 – Christine King’s “The Child, The Witch, and The Werewolf””