About the Author
Michaele Jordan was born in Los Angeles, bred in the Midwest, educated in Liberal Arts at Bard College and in computers at Southern Ohio College. She has worked at a kennel and a Hebrew School, AT&T, and a church. She’s a bit odd. In her spare time she writes, supervised by a long-suffering husband and a couple of domineering cats.
Her credits include her period occult thriller, Mirror Maze, and a previous novel serialized in Jim Baen’s Universe, Blade Light. You will find her short stories floating around the ether-including Wizard in F&SF and Message of War in Infinite Science Fiction. The Once and Future Cake is just one of her numerous stories in Buzzy Mag. Horror fans might also enjoy her Blossom series in The Crimson Pact anthologies.
Her website – www.michaelejordan.com – is undergoing extensive reconstruction, but just grab your hard hat, and come on in. 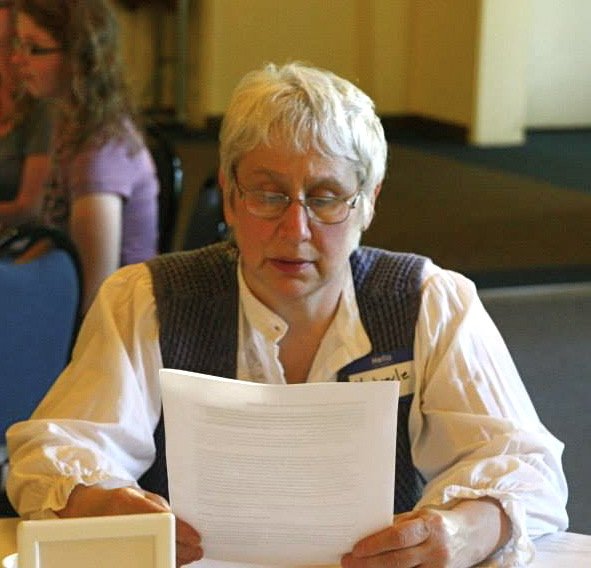 How the story came about?
I cannot tell you how glad I am that my story, Farewell, my Miko, has found a home here in Visions, a WordCrafter Anthology. My heartfelt thanks to Kaye Booth for making it possible.
You see, this was not just the sale of a story for me – although selling a story is always a happy occasion. But this particular story was an orphan.
Eight years ago, I was approached by an ambitious young author/editor/creator who invited me submit to his latest anthology. All the stories were to be set in a specific alternate future in which the US had lost World War II and the victorious Axis powers had flooded the world with advanced technology. The stories were all to take place in the Japanese underground. The anthology, and its companion game, were called Tokyo Yakuza.
Numerous stories were acquired. Cover pictures were assigned to them. Individual authors were asked to write follow up stories, which included links to other authors’ stories. We were all very excited. Volume One was said to be in press. We had all seen the game online. 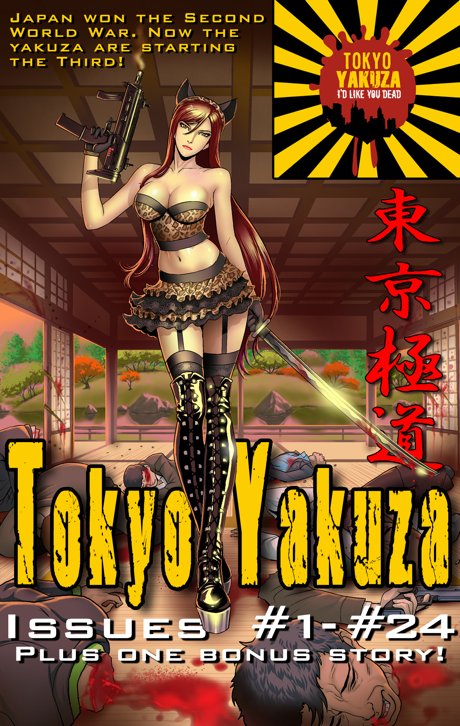 And then it vanished. Nobody ever heard from our editor again. Some said he’d pissed off the real yakuza. Others said he’d taken the advances he’d collected and fled. Me? I sighed very, very deeply and rewrote my story as a stand-alone. The only record I can find on-line for any of this is an elderly ad for the game.

In 300 years,
The world is bright and clean.
Just throw garbage in a vat of slime and pull power out.
Everything is electric,
Even the people.
And yet—some things never change.

Toyotomi Ayumu lived in an abandoned shrine. Too primitive for most people, but it suited him. He liked seeing bamboo outside his window instead of a slum. Nights like tonight, he opened the shutters and let the sound of the rain drown out the noise of traffic. Watching the drops glistening on the leaves, he could almost imagine he was back in 1820 instead of 2320. Of course, he’d have to clear out if the owner ever checked up on the place, but he wasn’t worried.