About the Author
Stephanie is thirty-something queer chick living on the outskirts of Pittsburgh. She writes predominately fantasy and science fiction, though she has been known to dabble with romance and even literary fiction from time to time. Her work has appeared in F&SF, Apex and elsewhere. Follow her on Twitter. 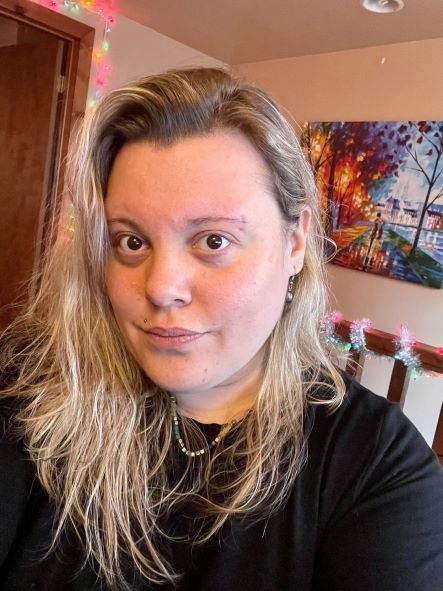 How the story came about?
This story largely came about by accident. I’d originally wanted to write a story about a cat whose affection and cunning and overall stubborn cat-ness gave a woman the strength to carry on in the ruined remains of a post-apocalyptic America. However, when I started writing, the cat went and hid under the bed (or any of the other places cats like to hide) and the woman took over. I think there’s something to be said for finding the strength within yourself to make it through, and the cat (who in some ways is a parallel character to the woman) still makes an appearance, tail swishing and all.

Opening Paragraph
Simone stands in the kitchen, pulling cooked rabbit from the bones with greasy fingers. In front of her sits the carcass, mostly free of its fleshy burden, and to the side rests a plastic bowl into which she places the meat. Her fingers work with practiced precision, dismembering joints, scraping bones, pulling apart cartilage. The rabbit was lean, not much flesh to spare. But that’s the case for most now. And not just rabbits, either.