About the Author
Jeff Bowles is a science fiction and horror writer from the mountains of Colorado. The best of his outrageous and imaginative work is collected in God’s Body, Love/Madness/Demon, Godling and Other Paint Stories, Fear and Loathing in Las Cruces, and Brave New Multiverse. He has published work in magazines and anthologies like Tales from the Canyons of the Damned, Podcastle, Black Static, and Dark Moon Digest. Jeff earned his Master of Fine Arts degree in creative writing at Western State Colorado University. He currently lives in the high-altitude Pikes Peak region, where he dreams strange dreams and spends far too much time under the stars. 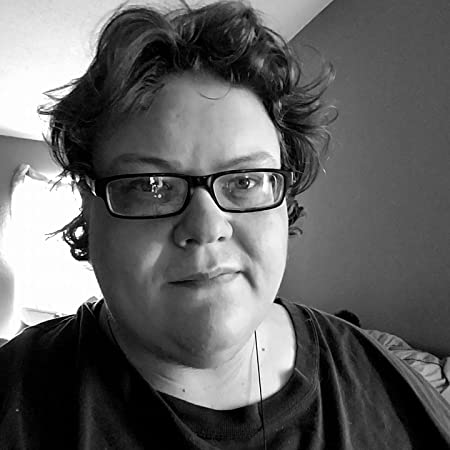 How the story came about?
My entire life, I’ve suffered from serious mental illness. This is a matter of fact, mentioned here so that I can relate to you the inspiration for my short story, Wilding of the Painted World. About a year before I wrote the first draft, I suffered a psychotic episode. It was my first, and to this day, my only one.

Trust me when I tell you my whole world flipped upside down. The hallucinations, paranoia, delusions, the sense of my true self submerged in some kind of crazy facsimile. Not too much detail is required. Suffice it to say, it wrecked my life ever so slightly for several years. Though I’ve found ways to overcome the more dormant form of my now diagnosed Schizoaffective Disorder, the haunting nature of those wild days follows me still.

I was beginning to recover from the aftershocks of having been, temporarily at least, stark raving mad, and I thought I’d come back to my writing as a means of catharsis. I hadn’t written a word in a year or so, and the writing didn’t come easy. I had this notion that a perfect life, a perfect world, was waiting out there for me somewhere. I was lost in this strange and disorienting mental state for so long, I neglected to count my blessings whenever, however I could.

One of those blessings was my wife. No, that’s not a strong enough statement. The single greatest blessing in my life is my wonderful, beautiful wife. Who, despite my behavior, despite having acted in some truly disturbing ways, stuck with me and even chose to become a major part of the recovery process. She championed my desire to heal through writing. She’s been by my side for seventeen years, thirteen of which have been in matrimony. I’m incredibly lucky to have her, though she hates the idea that she’s done anything special. She has. She helped save my mind, maybe even my life.

I’ve tried to be as nurturing toward her as she’s been toward me. Who knows if I’ve come anywhere close. She gave me this wonderful idea one night as we were eating dinner and watching one of our favorite TV shows. It was a vision, really. She saw in her mind’s eye the image of a young girl painting a picture of herself. If you could live in that painted world, you’d find a version of you that would be different from you as you exist in real life. What if that place was used as a home? Or, conversely, what if it were a prison?

That last part was my contribution to the original concept. I wanted to set it in a fantasy world, one in which magical things can and do happen. I have dark writing sensibilities anyway, but the things I’d just gone through tended to color the penning of Wilding in a fairly sober fashion. I guess I fell in love with the idea of escaping to a place beautiful but bizarre, enchanting and rare, but brimming with danger. I understood these modes of feeling and thinking. They’d become second nature.

Plus, I wanted to write a sequence at a masquerade. I loved the idea, but more than this, one of the people I feel I hurt under psychosis had once written a beautiful piece of fiction staring a masquerade, so that bit of Wilding is an homage. Coming all together in a somewhat unexpected manner (in that I didn’t expect to be able to finish the story at all), and then going through a battery of revisions, Wilding of the Painted World is more serious in tone than most of my other fiction. I hope you enjoy it, but please realize that for me, the production of this piece was an act of healing. It did help make me feel stronger, better, but not as much or as quickly as I would have liked. Now, five years after the first draft, it has been published in full, and I find myself curious how it will be received.

I’m a different person now, but no, the misery of my Schizoaffective has not left me. My wife once told me that I may be a crazy person, but that at least I was a reasonable crazy person. I had to chuckle. Sometimes I can’t help but feel like I’m a monster, a scary person. But I wasn’t before, and I suppose I’m not now. Good riddance to bad days—getting back to basics is a great way to begin the reclamation of one’s own identity.

The writing is much easier now than it was when I first struggled to define the character of Master Kestor and his incredible painting of a wild world. Where dark things linger. Where a creature who once was normal, just like you and me, dwells in chosen confinement, waiting for a day of redemption. A lasting day of peace. May we all be as steadfast as she.

Opening Paragraph
Clifton invited me up to his loft the night before the painting swallowed us into its wilderness. Piles of scrolls and old books littered his floor, candles dripping wax onto broken ceramic saucers. He had something to show me, a painting he said was of another universe entirely.