About the Author
Billie Holladay Skelley, a Pushcart Prize nominee and a Best of the Net nominee, received her bachelor’s and master’s degrees from the University of Wisconsin-Madison. Now retired from working as a cardiovascular and thoracic surgery clinical nurse specialist and nursing educator, she enjoys focusing on her writing. Billie has written several health-related articles for both professional and lay journals, but her writing crosses several different genres and has appeared in various journals, magazines, and anthologies in print and online—ranging from the American Journal of Nursing to Chicken Soup for the Soul. An award-winning author, she has written eleven books for children and teens. Her book, Ruth Law: The Queen of the Air, was recently selected to receive the 2021 American Institute of Aeronautics and Astronautics (AIAA) Children’s Literature Award. 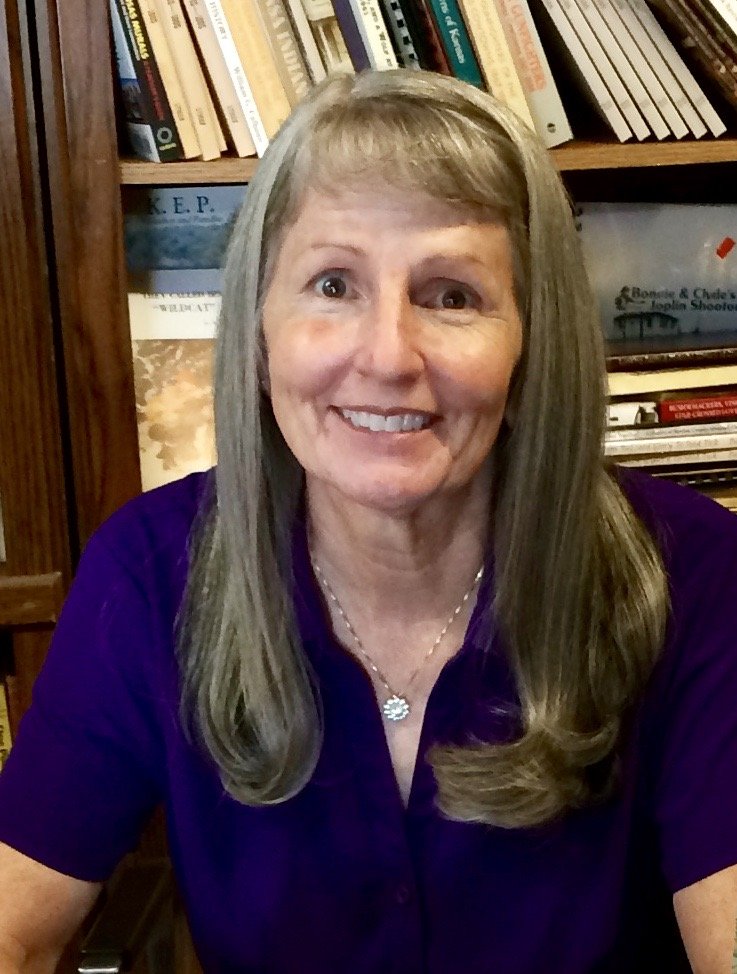 How the story came about?
My inspiration for “Secret Thoughts” came from several places, but the first source was the actual history itself. The gunfight described in my story, between James Butler “Wild Bill” Hickok and Davis Tutt, actually occurred on July 21, 1865. It took place in the town square of Springfield, Missouri, and the city of Springfield has preserved the details of the fight. The actual site has become a popular tourist attraction. At the time of the duel, Hickok was not widely known, and his “Wild Bill” persona had not been established, but the shootout served to accelerate his prominence and legend.
There are various accounts regarding the source of the disagreement between Hickok and Tutt, but many believe it started with gambling debts and escalated when Tutt took Hickok’s prize watch as collateral. Tutt wore the watch in public to humiliate Hickok, and that certainly elevated the dispute.
After the duel, Hickok initially was charged with murder, but the charge was reduced to manslaughter. His trial lasted three days, and the jury decided the killing was justified—and Hickok was acquitted. Apparently, in 1865, humiliating a man by wearing his watch in public justified the deadly use of firearms.
What attracted me to this story was the actual shootout, and the fact that it was one of the few one-on-one, face-to-face, quick-draw duels that ever occurred. This type of shootout was quite rare in the Wild West—even though Hollywood movies have taken every opportunity to invent and popularize them.
The actual shot Hickok made also intrigued me because, by many accounts, it would have been a very difficult shot to make—considering the distance and the firearms used. Hickok truly must have been a remarkable marksman.
I also was inspired by Hickok’s colorful life (1837-1876) as a whole. While several events in his life have been sensationalized, Hickok did have many interesting occupations, and he did experience many violent encounters. He also died relatively young. Eleven years after the duel in my story, Hickok was shot in the back of the head while playing poker. When he died, he was holding two pair—aces and eights—which he reportedly grasped tightly in a death grip. Ever since, these cards have been known as the “Dead Man’s Hand.”
As I researched Hickok’s life, I became increasingly intrigued by what makes a man (or woman) stand out, be recorded, and be remembered in history. I kept thinking about what spark, trait, or events align that make one person be more notable than another. Obviously, James Butler Hickok had an extraordinary life, even if some of the events in his life were sensationalized— and I started thinking, in terms of the story, what if he did have a secret advantage—or a secret talent that contributed to his success and augmented his fame. I didn’t want to make him a “superhero” with over-the-top powers. I just wanted him to have a slight advantage that was highly useful. When I consider the paranormal genre, I usually focus on things like telekinesis or clairvoyance—so it seemed logical to proceed along those lines.
I hope readers enjoy “Secret Thoughts,” but I also hope it makes them think about what characteristics, talents, and events make a legend. What do those people have that makes them stand out from others and that makes them be remembered? It’s interesting to consider what their “secret” talents might be.

Opening Paragraph
His back against the wall, James Butler Hickok sat at one of the finest poker tables in Springfield, Missouri, staring at his hands. The saloon was almost empty now, as the majority of the evening’s patrons had left for the night.
Hickok had nowhere to go, and he couldn’t sleep. He needed to think, and with the intensity of his gaze on his palms, it looked as if he expected answers from them.
“I wonder,” he muttered to no one in particular. “It might work.”