About the Author
For Kaye Lynne Booth, writing is a passion. Kaye Lynne is an author with published short fiction and poetry, both online and in print, including her short story collection, Last Call and Other Short Fiction, and her paranormal mystery novella, Hidden Secrets. Kaye holds a dual M.F.A. degree in Creative Writing with emphasis in genre fiction and screenwriting, and an M.A. in publishing. Kaye Lynne is the founder of WordCrafter Quality Writing & Author Services and WordCrafter Press. She also maintains an authors’ blog and website, Writing to be Read, where she publishes content of interest in the literary world.
Writing to be Read
WordCrafter Quality Writing & Author Services
WordCrafter Press
Write it Write Quality Editing Services
Facebook: 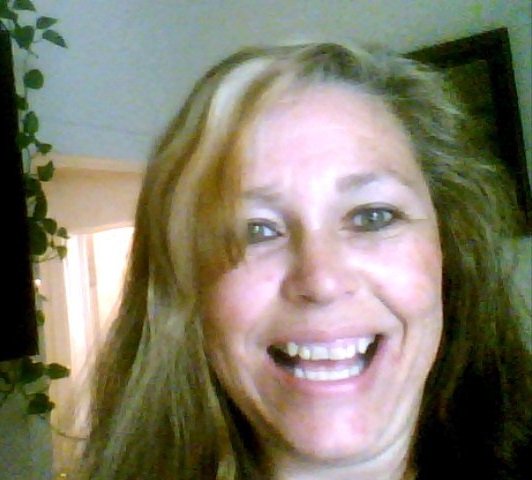 How the stories came about?
It is kind of funny, the way If You’re Happy and You Know It came about. I was earning a M.F.A. in Creative Writing and in one of my classes, the professor assigned us to read a book of old and odd case studies about strange afflictions. What, you may ask, does this have to do with writing? I know I did. They were out of the 1950s, or maybe even the 1800s, and it was all dull and boring writing. I hated it. I had to force myself to read through those case studies, but I did it. Then my professor gave the rest of the assignment. Pick one case study and write a fictional story using the affliction written about. We could do this in any manner we wanted, but we had to come up with an excerpt for a story using one of those case studies. That meant I had to go ack and read, at least some of them again, until an idea originated in my head that I could use. Ugh! But, I have always been a good student, and so I did the assigned task and found a story which involved malfunctioning dopamine blockers, and an idea began to form.
The result was an excerpt about Carissa, who is growing up in a dystopian world where folks are only allowed to be happy on the weekends, and who decides she wants to be happy all the time. She doesn’t want to take her dopamine blockers like an obedient citizen, and that causes a few problems with family and friends.
Now anyone who knows me knows I am not good friends with technology of any kind. While I am capable of doing lots of things on the internet, it seems to always be a struggle for me to get things to work right. That’s why I told all my cohorts that I don’t write science fiction. I’d been told that if you were going to write science fiction, you needed to be able to explain the how and why of your technology, even if it was fictional. Nope. I don’t write science fiction. But when my professor returned my assignment, she wrote, “You have the beginnings of a great science fiction story here.”
That gave me something to ponder. And I later tried to finish it, when I saw a call for science fiction stories for an anthology by Zombie Pirates Publishing. I submitted it, and they wrote back that they really liked it, except for the ending. This story has a fun and peppy tone to it, but my ending fell flat. They asked if I could make the ending more fun to match the rest of the story. I could see where their criticism was valid. The part I had written later, didn’t have the same happy and fun tone as the rest of the story, because I had tried to quickly finish it, so I could have a story ready to submit. I did go back and change the ending, making it blend with the rest of the story, and Zombie Pirates featured my story in The Collapsar Directive.
If You’re Happy and You Know It is featured as a reprint, with a few revisions, which I think made the story even better. I learned a couple lessons from this story. First, I guess I do write science fiction. I went on to write Last Call, which is a time-travel science fiction story found in my short story collection, Last Call and Other Short Fiction and I’m currently working on a time-travel novel. Second, you can’t rush an ending. The ending of your story needs to flow smoothly with the rest and the editors will be able to tell if you slap something on there just to meet a deadline. Zombie Pirates’ editors could. And third, everybody should be happy, and reading a story about happy people might help the reader to feel happy, too. So, I hope you will buy a copy of Visions and give it a go.

Opening
The way everyone acted, you’d think it was a crime to be happy. And looking back, maybe it was, or at least, it might as well have been.
I think it started on a Saturday, or maybe Sunday, so no one really noticed at first, including me. Everyone had received their regular allotment of S-Dopa for the weekend, so if they had noticed anything, they would have assumed I’d just received a double dose, which didn’t happen often, but it did happen. On Monday however, when I sang along with the radio which was always playing in the background at the computer factory as we slaved away every day, the others gave me sidelong glances, as if, perhaps I’d lost my mind.