The Look of Love was in his eyes

“This is not a date, understand?”

“Nothing. I understand that this is not a date. I am not to buy you a milkshake, a coffee or a burger. I am not to offer to you any of my fries.”

“Good. We understand each other.”

“I am not to look at you or talk to you. I do not know you. My heart is not to pound when my gaze falls upon you. I am not to fantasize about holding you in my arms.”

She stared at him through aviator sunglasses. Her right hand twitched by her holster, the fingers of her left tapped the top of her nightstick. “You can stop that kind of talk right now, understand?”

“I sat on my couch in my sad little hovel, staring at the phone, cold cup of coffee in my hand, holding my breath and hoping each ring would be you.”

“This is a stupid idea.”

Hecate, lying stretched out on the couch, reached one paw into the last bit of sunlight coming through the picture window.

Phyl ran her fingers through the cat’s fur. “What you looking at?”

“Of course you are. I’ll bet you’ve never wanted a man.”

“Of course you haven’t. You’re a cat. What could you want with a man? For that matter, why don’t you sit in my lap and make us both happy?”

Hecate rolled onto her back, her legs still stretched out, purring, her eyes on Phyl.

Persistence is a virtue. Unless it’s stalking.

[[just so you’ll know, I’m not satisfied with this yet and am open to suggestions for improvement. Thanks.]]

Phyl returned to Station House 4 after two weeks on a Bahama beach with nothing but the occasional “Another pink drink, José” to disturb her. One night, okay, she invited that Adonis-tall, blue-eyed, curly haired, broad-chested José to her bungalow but other than that, nothing but peace, tranquility, the gentle lapping of waves and as many Nora Roberts books as she could fit on her Kindle.

She had not missed The Bunker, which was what everyone on the job called Station House 4. She had not missed the high, reinforced warehouse walls, windowless until the third story, the security, the claustrophobic interior that sorely needed remodeling or at least some paint and new floors, she had not missed her squad car with no interior door handles in back and the close-meshed, heavy-gauge steel caging separating her from whatever perps she’d apprehended or the multitude of now necessary electronics that surveilled her as much if not more than anyone she was questioning.

She stood outside the Officers’ Entrance and hesitated. Her silver ID bracelet weighed her left arm down like a bucket of cement. The entrance’s surveillance camera clicked her presence. Whoever was on desk would recognize her but if she didn’t open the door within fifteen seconds all the auxillairy doors would open and the Host of Heaven would come out, weapons raised and going for bear.

Standard procedure. An officer might be compromised and not willing to admit the bad guys such sacred entrance.

A heavy sigh. Two weeks was not enough. Except she missed Hecate, her gray haired Abysinna-something kitty. Phyl heard a faint mewing from a dumpster one day on patrol, checked and found a freezing ball of fur, eyes not yet open, curled on a soiled pizza box.

The strongest relationships often start from the strangest meetings

Ritchie caught the blues bouncing off his visor and checked his rearview mirror. The police cruiser was right behind him, blues jockeying back and forth on the roof rack, headlight hi-beams winking right left right left. He lowered the volume on the radio. John Mellencamp went from a car quaking “This is a little ditty, about Jack and Diane, two kids growing up, in the Heartland…” to a quiet mumble.

He slowed and pulled onto the shoulder. The police car stayed right behind him. There was a road on the right that went between two fields. He put on his directional, his eyes bouncing back and forth from road to rearview, and took the turn, staying to the side and continuing to slow.

The cruiser stayed with him.

He stopped his Leaf, lowered his window then put his hands, open and fingers pointing up, on the top of the steering wheel.

The officer got out of the cruiser, adjusted her duty belt, looked at him and stopped, her hand hovering above her weapon. “What are you doing?”

“I’m making sure you can see my hands. You folks have a tough enough job these days without having to worry about what’s going to happen when you stop somebody. I figured I’d make sure you could see my hands so you’d know I wasn’t going to do something funny.”

She didn’t move, just kept her eyes on him and stayed in her ready position.

He smiled at her in his side mirror. “Everything okay, officer?”

His paperwork still in hand, she pulled it back and flipped it over, skimming the back where medical conditions are normally listed.

Quite the Life (and all in Times New Roman 10pt!) 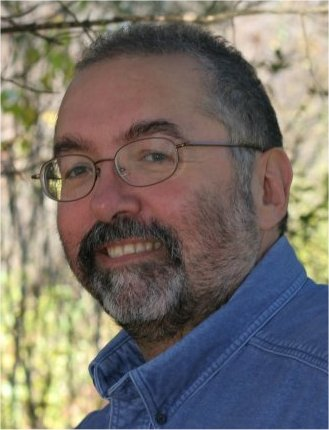 Hello all and welcome to our first February Author Interview Plunge. Today we’ll be talking with…umm…me! I finally get my go at this with Jennifer “The Editress” Day at the helm! Feel free to give me (and Jennifer) a big round of applause for taking part in our exciting adventure.
I’m boring and dull