John F. McMullen “johnmac the bard” and the power of Poet Laureating 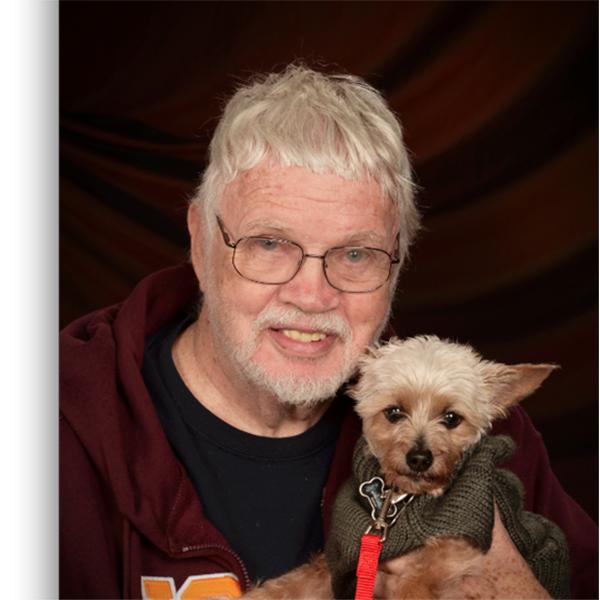 Hello all and welcome to yet another Author Interview Plunge. Today we’re talking with johnmac the bard, the Poet Laureate of Yorktown, New York, John F. McMullen. When John’s not writing poetry he’s an adjunct professor and has been a full professor, hosts a weekly radio show and organizes poetry events in both his and other areas.

I’d like everyone to stand up and give John F. McMullen a big round of applause for taking The Plunge.

John F. McMullen’s Bio
John F. McMullen, “johnmac the bard“, is a poet, author, journalist, technologist, college professor, consultant, and denizen of cyberspace. He is the host of the weekly radio show on the Internet (over 200 episodes to date) and editor/publisher of both a free daily newspaper (a curation of news stories and columns from around the country and the world) and a daily newsletter (a 10-story subset of the newspaper).

…it took me to being lucky…

He is a graduate of Iona College and holds two Masters degrees from Marist College. He was an executive of two major Wall Street firms, an officer of three consulting firms (including his own). He presently is an adjunct professor at Westchester Community College and has taught at NYU, The New School for Social Research, Marist College, SUNY – Purchase, and Monroe College.

The title poem of his first poetry collection, CASHING A CHECK, won third place in the 2009 Writer’s Place National Poetry Contest. CASHING A CHECK was followed by his second collection, WRITING IN MY HEAD, and the chapbook, WITH A CHIP ON MY SHOULDER. He has recently published a large collection of poetry, NEW AND SELECTED POEMS, and THE INWOOD BOOK, an omnibus containing poems, short stories, and the novella OFFERING IT UP, all set in the Inwood section of Manhattan Island, NYC. Additionally, his poems have appeared in Inwood Indiana, Boston Literary Review, and Poetry Quarterly.

He is the co-author of a book on telecommunications, MICROCOMPUTER COMMUNICATIONS – A WINDOW ON THE WORLD and was a contributor (with Esther Dyson, Ray Bradbury, William F. Buckley, Jr,. Thom Hartmann, Steve Wozniak, John D. MacDonald, Henny Youngman and many others) to the well-ahead-of-its-time DIGITAL DELI, the author of over 1,500 news stories, articles, and columns (for such publications as The Westchester/Fairfield Business Journals,The Chicago Tribune, PC Magazine, Computer Shopper, Newsbytes, Lear’s, InfoWorld, Government Executive, Popular Computing, Computers and Electronics, National Review, MicroTimes, PC Sources, A+, Information Age, Computer Living/New York and HyperAge. He is presently a columnist for the Westchester Guardian, his writings appear occasionally online at Techopedia and he blogs at Medium.

He is a member of the American Academy of Poets, the Association for Computing, the American Civil Liberties Union, and the Freelancers Union. He is a native of the Inwood section of Manhattan Island and resides in Jefferson Valley, NY, with his wife, Barbara E. McMullen, an educator and entrepreneur. His daughter, Claire McMullen Cleary, is a physical trainer and his son, Luke McMullen, is a television writer / producer and a game developer.

I said Yorktown should have a poet laureate and they said, “Okay, you’re it.”

John and I talked about the circuitous route from college to being a Poet Laureate (college to law school to government work to the computer industry to Wall Street to meeting his wife to…and just being lucky. John talks about the differences between writing poetry versus novels, writing in blank verse and what makes something fiction and non-fiction (based on growing up in an Irish Catholic neighborhood).

You can find links to John’s books on the right or at the bottom of this post (depending on your device). You’ll also find links to Keith’s sites underneath the video. And please comment both pro and pro. Okay, con, too, if something really peeves you.

It’s how the spirit moves me. It’s whatever happens to be on my mind at the time. It’s more aimed at the world around me

#1 is read Read READ. Read everything. #2 is write Write WRITE. As often as possible

John’s Links
Listen to John’s weekly radio show and his poetry
Watch John’s on Let’s Talk Writing and One-on-One
Friend and follow John on Facebook
Read John on Amazon, his website, Techopedia, Medium and his free daily newspaper), johnmac’s News of the Day
Connect with John on LinkedIn and follow him on Twitter

I’m not proud to be an American;
being an American is not
an accomplishment of mine.
I didn’t fight for its independence.
I didn’t even choose to come here.
My grandparents did – and I will
be forever grateful to them
for their courage in coming here.

I am very lucky to have been
born an American.
I could have starved to death in Biafra,
been butchered in Cambodia,
gassed in Auschwitz,
sent to a gulag in Russia,
bombed in Hiroshima,
slaughtered in the Congo,
drowned in Indonesia,
blown up in Jerusalem,
or enslaved in the Sudan.
Instead, I was born in
the United States of America
and get to sit here and muse.

I am truly lucky as are my co-citizens.
Shouldn’t we do whatever we can to ensure
that we don’t have to be lucky not to be
starved, butchered, bombed, slaughtered,
drowned, blown up, or enslaved?
Or is it sufficient just to be jingoistic and
be proud of something we neither earned
nor even deserved?

I was too young
for Korea
although I had a friend
whose older brother died there.

I was too old
for Vietnam
although I had friends
whose younger brothers died there.

I was working as a civilian
For the Department of the Army
and there was pressure to get my
“military obligation” out of the way.

So, I spent from November 1962
through May 1963 in Fort Dix, NJ
and Fort Sill, Oklahoma
as a six months wonder.

I hated it!
It was boring, repetitious and
an awful lot of “chickenshit”.
I wanted to get on with my life!

It was only later that
I got to realize
how much I learned
in just those few months.

The Irish Catholic from NYC
worked with the Protestant
from Alabama who thought
that the Pope was a heretic.

The College English Major
found common ground
with high school dropouts
who thought reading was
a big waste of time.

The local basketball
gym rat and fanatic
found the same teamwork
as part of an artillery crew.

The kid from the lily-white
neighborhood of Inwood
saw his black platoon buddies
suffer bigotry and exclusion
in Lawton, OK.

The tedium of spit-shining
shoes and cleaning a rifle
with a toothbrush made
me “do things right”.

It was only much later that I found
the answer to my constant question
“what is this ‘good training’ for?”
The answer was “for life”!

I ask myself, “Why do I write?”
Because I have to. Writing is very hard, but it’s harder not to.

3 thoughts on “John F. McMullen – johnmac the bard, a Life in Verse”