Why did Inez Cloud change her name to “Skippy RunningCloud”? So she’d be remembered!

Most people could remember “Princess Feldspar of the Tree People” more easily than they could remember “Chief Research Officer” and the reason why can help authors create names for characters.

We want readers to remember our main and primary characters, some secondary characters and perhaps even a minor character (if they provide a plot point) because readers tend to like memorable characters. The first step towards aiding reader memory is to give the characters names that are 1) easily remembered and 2) give us a hint as to the character’s character (what kind of person that character is). 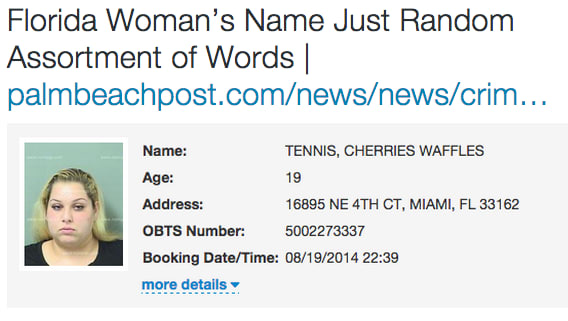 For example, with nothing more than a name, what do you know about Aldebaran Jones? What about Lucky Jones? How about Tom Jones? Which Tom Jones do you know more about?

Concrete Bizarrities
Chances are you’ll remember “Concrete Bizarrities” because it’s an unusual phrase. Our memories cue towards two things and both are in that heading above: the concrete and the bizarre. Put those together and you have things that definitely stay in memory and hopefully long after your reader has finished your book or story.

Is your character a space pirate? Aldebaran Jones (Aldebaran is the brightest star in the Taurus constellation). Is your character a riverboat or saloon gambler from the late 1860s through the early 1900s? Lucky Jones. Or add a telling detail as part of your character description:
Lucky Jones backed away from The Swede as soon as the knife came out. It didn’t matter that The Swede was as big as any Viking Jones could imagine, it mattered that the knife looked as long as a battleaxe. The Swede swung but Jones was already making for the door and the only thing The Swede caught was Jones’ ear, which the police found the next day under The Swede’s body. Albert Swanson Jones became Lucky Jones and a wanted man that same day.

How about this one?
Lucky Jones had his Polish warbride great-grandmother to thank for his name. The family name had been Leukaizwaiz and, on her deathbed, she had asked Lucky’s great-grandfather to make sure there was at least one Leukaizwaiz in every generation. And it had to be a first name. Not a buried middle name no one’d ever hear like he’d done with their son, Marcus Leukaizwais Jones. Lucky’s great-grandfather had agreed, regretfully, because it was bad enough being a Negro bringing home a white wife who couldn’t speak English and having to move north to Seattle to be safe, but to name a chocolate skinned about to be born grandson “Leukaizwaiz Jones” and then make that child promise to carry his grandpappy’s promise through? Hence “Lucky” was born a generation later because his father was sick of explaining, “No, it’s not an African tribal name, it’s Polish” and then having to explain that.

The first example sets the story and definitely the scene. We can be pretty sure what kind of story it’s going to be and the world it’s going to inhabit. The second example provides background and history, sets the tone and shows that the character is born with a challenge.

Concrete versus Abstract
I mentioned that we’re designed to remember things that are concrete – meaning definite, unquestionable, unmutable – rather than things that are abstract – indefinite, interpretable, unclear.

Example: John Steel. Nice, solid, definite. A name based on our knowledge of steel as construction material. Knowing nothing else, we expect this character to demonstrate some kind of strength when challenged.

Example: Phyaster Buttermilk. That may be a nice name but most people don’t know many Phyasters so connecting a character to a known person doesn’t work. Most people haven’t encountered buttermilk either and have only a vague notion of what it is, tastes like, looks like, smells like, … Phyaster Buttermilk definitely needs some character attributions to stick in the reader’s mind.

Make it move to make it memorable.

Move me
Another aspect of human memory is that we remember things that move – that are animated – more easily than things that don’t move – that are inanimate. This is called animacy and studies show we favor moving to non-moving objects as early as six months old. Consider Irene CloudGatherer. You’re more likely to remember her name than her cousin’s, Inez Cloud, simply because we can see and feel cloudgathering – we can imagine gathering clouds in our arms and that makes the name mnemonic (memorable). Not so with the simple “cloud”. That’s why Inez changed her name to Skippy RunningCloud. Everybody remembered Skippy RunningCloud.

The reason you remember the former over the latter is because the former’s introduction involved action. Humans remember action for the same reasons we remember animate better than inanimate; things that move are more interesting than things that don’t. Moving objects can carry us (horses, cars, boats, elephants), can hurt us (a violent person, an out of control vehicle, a wild animal), can amuse us (performers, pets) and so on. Every tried to ride a mountain? Imagine finding a saddle!

These few simple tricks for naming characters rely on how our memories work. Next time I may dabble and delight you with using memory tricks to make scenes memorable.

Sister Rox @1rburkey Burkey and the @enigmaseries are doing a #Kickstarter from 30 Nov 2020 to 8 Jan 2021 to kick off the holiday season with their latest adventure ready to launch in January 2021.
Please share!
https://www.kickstarter.com/projects/enigmaseries/the-enigma-threat

Fantasy is an exercise bicycle for the mind. - Terry Pratchett #quotes