An ever increasing sense of confinement starting with the first line 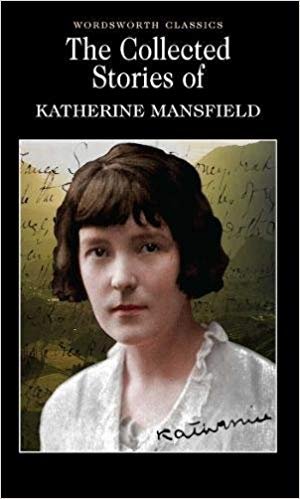 Positioning, Priming, and the Importance of Backcover Copy

A recent Goodreads discussion asked “How do you like your scifi / fantasy?”

I responded “Well written.” A friend responded “Artesian or wishing?” I responded “Ah, to have a thirst for the magical.” Someone else responded, “Either way…DEEP.”

I followed that up with another response. It’s gone. Not sure why it got removed. I launched off the concept of “DEEP” because I’m told my writing is “deep” and “definitely not fluff.” Some readers wonder if I’m capable of writing “fluff.” “Even your short stories are deep.”

Gable Smiled – the first 10 pages, anyway – are being read by a professional actor at Concord’s Hatbox Theater at the end of this month (read the version being read here). Part of that process involves having the material evaluated by the producer.

And then the producer said “There’s a lack of a reader entry points into the story.”

When in Doubt, Examine the Audience
I had no middle-of-the-road responses. Strange, that.
END_OF_DOCUMENT_TOKEN_TO_BE_REPLACED

The image below is of a sign at my gym a few days back. My gym routinely posts “Questions of the Day.” I wish they’d keep a list of the responses because some of them are priceless.

And it occurred to me that such a device would be a good tool for character description purposes, much like how the calendar was used to set a scene in Setting Scenes with Props. 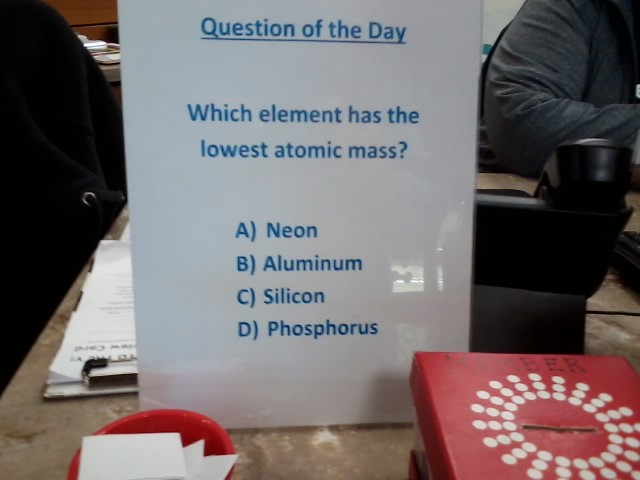 Let’s say you want to demonstrate a character who wants to portray themselves as an intellectual, someone knowledgeable:
Emerson read the Question of the Day. “Are you talking just the nucleus or are we including the electron shells?”
Lori shook her head. “I don’t know. I just pick the question from a file. I wouldn’t know the difference between…what did you call it? Shells?”
“It makes a difference.”

We can also show that Emerson doesn’t know what they’re talking about:
Emerson read the Question of the Day. “Are you talking just the nucleus or are we including the electron shells? It makes a difference.”
Lori picked up the sign and read the question. “Not really. It’s asking about atomic mass, not nuclear mass. Even then, the nuclear weights would compare similarly to the atomic weights unless we asked about isotopes for elements side-by-side on the periodic table.”
Emerson’s face flushed. Pam chuckled in the office. She came out and high-fived Lori as Emerson hurried down the stairs.
END_OF_DOCUMENT_TOKEN_TO_BE_REPLACED 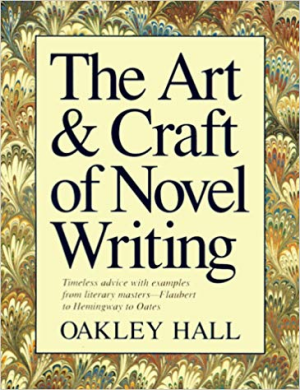 END_OF_DOCUMENT_TOKEN_TO_BE_REPLACED

An example of the former is from Fritz Leiber’s A Pale of Air. I read this story mumbledy-mumbledy years ago and remember literally feeling cold after the first few paragraphs. No idea why and continued blissfully ignorant for ever so long. Take a moment to read the opening and enjoy the chill:
END_OF_DOCUMENT_TOKEN_TO_BE_REPLACED

(sumbitch! lost about a week's worth of notifications. if you liked, retweeted, or followed me from 9-16 jan, sorry, i lost it.
love you all an thanks, though.
(care to like, retweet, and follow me again?))

This just in from Sister @SMStevens17: 5* review on Goodreads and Amazon re "Horseshoes and Hand Grenades"
https://www.amazon.com/gp/customer-reviews/RHNYCB9S2MF5O/ref=cm_cr_arp_d_rvw_ttl?ie=UTF8&ASIN=B07VWJ7Y4R

(hello again.
another busy day, this time taking pup to the vet.
all is okay, not great, with xrays soon.
i would trade places with him but he likes his bed too much and won't give it up)

I received this book a few days ago after my wife purchased it for me and I can't put it down. Within this collection of short stories are lessons on the joys and sorrows of discovering the abundance within. #fantasy #scifi #horror http://nlb.pub/TalesV1