The Beast at Bay 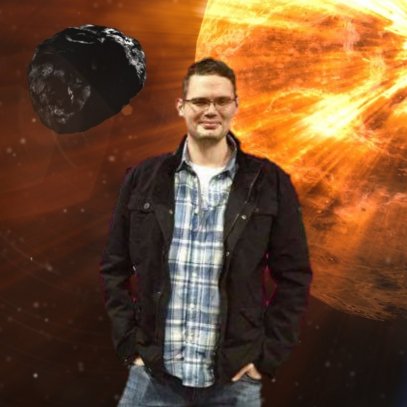 Beast threw back his head, bared his fangs at the encircling elves, and howled with rage. There would be no plunder this day. No spoils from the city whose walls gleamed, tauntingly, from across the river, gilded by the evening sunlight.

The above is from Harvey Duckman Presents Volume 8 (the famous “No Dragons” issue). You can read the rest of Adrian Bagley’s The Beast at Bay along with several other amazing stories between its captivating covers (and we both I hope you do!)

Next up, a taste of Alex Minns’s Sides of the Mirror.

Recap from Recovery Triptych: The Echo – Recovery Triptych took shape 9 Feb 1990. Originally I conceived only the first section, The Echo. I shared it with a critique group and was told I shouldn’t submit anything to the group containing such vulgarity and violence (see Writers Groups – Critiquing Methods – Ruled to Death, third bullet). I remember thinking at the time, “You think this has vulgarity and violence? You’ve had a protected life, huh?”

Here for the first time in slightly over thirty years, starting last Monday and continuing next Monday, Recovery Triptych.

Welcome to My Sandbox

Recovery Triptych took shape 9 Feb 1990. Originally I conceived only this section, The Echo. I shared it with a critique group and was told I shouldn’t submit anything to the group containing such vulgarity and violence (see Writers Groups – Critiquing Methods – Ruled to Death, third bullet). I remember thinking at the time, “You think this has vulgarity and violence? You’ve had a protected life, huh?”

Here for the first time in slightly over thirty years and continuing over the next three Mondays, Recovery Triptych.

Marianne started life as a rewrite of Mitre. I wrote the original Mitre sometime in the mid-1970s and have never been happy with it. The current version (I’ll share it next week so you can see how Mitre and Marianne differ and how Mitre‘s change from the first sharing back in Oct 2018.

Anyway, Marianne is a different take on the same idea.

As always, let me know what you think.

Marianne looked up as Rose threw some paperwork down on her table. “What are plane tickets doing on your MasterCard bill, Mother?”

Marianne turned her wheelchair and glanced at the bill. “How many guesses do I get?”

“What exactly is the problem? I paid with my own money, used my own phone, tapped the order with my own fingers, arranged for Uber to pick me up and drop me off on both ends of the trip, – ”

“Are you going to Oregon to commit suicide?”

“Is she going to help you commit suicide?”

“She’s always been such a dear, hasn’t she?”

“You think I’m going to allow you to do this?”

Marianne laughed. “You won’t allow me to do what? How about I won’t allow you and that Captain Holes-in-his-Pockets husband of yours four thousand a month rent for this – ” She looked around her. ” – room.”

“Is that your big worry? You won’t be able to keep your house once I’m gone? How about you stop spending money you don’t have. And I don’t remember giving you Power-of-Attorney. What gives you the right to open my mail?”

“You just thought you’d be snooping.”

Rose clutched her arms to her chest.

“Close the door on your way out, Daughter.”

Marianne checked her wall calendar. June. Doctor Mulvaney said she’d be bed-ridden by this time next year and little more than a locked-in idiot in two. “I’d like to go while I’m still able to know I’m doing the going.”

She grabbed a Mackintosh apple and a small paring knife and wheeled herself to her window. A crow and a catbird stood on either side of a feeder she attached to the window when she moved in. “Hi, Amos. Hi, Andy. How you boys doing? Your chicks worried about how many seeds you’ll leave them when you pass?” She gazed at the knife. “I suppose if I was brave enough I’d just do myself in. Nobody’ll notice until a bill needed to be paid.”

Amos hopped closer to the window. Andy watched, a sunflower seed rolling in his beak as he cracked the shell.

Amos tapped on the window.

“How many times do I have to tell you, I don’t know Morse code.”

Andy hopped over to Amos.

“Want some apple?” She raised the window. The birds hopped onto the sill. Marianne cut slivers of Mackintosh and put them next to the birds.

Amos looked at the slivers. “Thank you.”

Marianne looked at the bird and blinked.

Andy pulled an apple sliver from his beak with a claw. “Don’t worry, M. You’re more sane than not.”

Marianne stared at Andy, then at Amos. Amos nodded. As much as a bird can nod, Amos nodded.

Another flash piece (~430 words). Steam is my first attempt at the Steampunk genre and, being honest, I’m not sure it’s Steampunk so much as it’s Josephpunk.

The initial inspiration came pre-covid. I participated in a mostly steampunk con. I walked the hall meeting authors, asking questions, looking through their books, and wondering, “WTF is steampunk all about?”

My previous experience with anything steampunkish was several years ago reading Fantasy and Science Fiction magazine. A story (and sorry, I can’t remember the title) about a steam-powered airplane (and if anybody remembers its title, please share it in a comment). The technology was interesting, the aircraft feasible, and what caught my attention was the emphasis on character in the story. I read the story because I wanted the characters to succeed.

But none of the books I scanned at the con dealt with character, all focused on technology, and could probably be classified as “Tour of Wonders” stories more than anything else.

But as I stood beside my table signing books, I wondered, “What would a truly character-centric steampunk story be like?”

The concept came to me immediately.

This flash piece took about fifteen months to get to a first draft and a few more to polish.

The shrieking of my wheels on the tracks as I pull into the station, so like your screams when you realized what they’d done.
The hiss of my brakes, my body slowing as my heart began racing.
But could not; eyes on meters, release valves turn lest all their work be in vain.
Has no one told you?

Its a cracking read, that will also make you think, like all good science fiction. #scifi #geneticmodification #military #soldier #psych #thriller http://nlb.pub/Augmented

In the end, you'll see who's fake, who's true and who will risk it all for you. #quotes