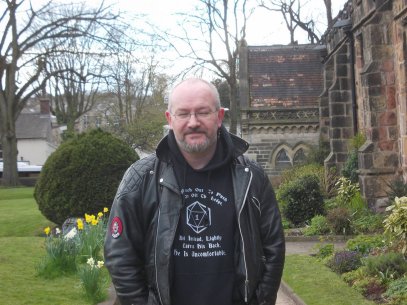 “Hendricks? He’s dead, I believe. Murdered, if I recall correctly, a month ago. By members of his own coven, or so I am told.”
This was a reasonable summing up of the facts. Which is to say, to the best of my knowledge that Jacob Hendricks, third Earl of Cleethorpes and mediocre occultist, was indeed deceased. As such, until any evidence to the contrary was presented, I laboured under the assumption that this was indeed the case. One does not as a rule presume notices of death in The Times obituary column to be falsehoods.
It is The Times, after all.

The above is from Harvey Duckman Presents Volume 8 (the famous “No Dragons” issue). You can read the rest of Mark Hayes’s Mandrake along with several other amazing stories between its captivating covers (and we both hope you do!)

Next up, a taste of Melissa Wuidart Phillips’s The Rainbow Has Many Colours.